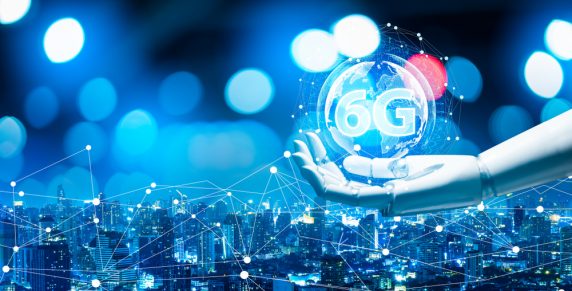 5G networks are just beginning to launch, yet researchers are already discussing what the next generation – 6G wireless – will bring.

Typical wireless generations last about a decade or so, so it isn’t too early to wonder what’s next, according to a new white paper from Walid Saad, associate professor in the Bradley Department of Electrical and Computer Engineering at Virginia Tech.

In his research, Saad said that there are 5G drawbacks that have spurred worldwide activities focused on defining the next generation 6G wireless system. When 6G becomes a reality, Saad expects it to integrate far reaching applications ranging from autonomous systems to extended reality and haptics, otherwise known as any form of interaction involving touch.

“We envision that some of the main unique features of 6G, compared to the upcoming 5G will include the following: higher data rates, fast and reliable communication, connectivity in 3D, an artificially intelligent system, 6G as a multi-purpose system, end of the smartphone era, communication with ‘surfaces’ and providing connectivity to multi-sensory applications,” Saad said in the Virginia Tech Daily. “The development of a wireless cellular system generation requires a decade of research and early-on visions are important to drive that research.”

According to Saad: Today’s wireless systems, including 5G, were designed to primarily service ground users, but wide-scale deployment of drones will require that 6G support both ground and aerial users. However, 6G must re-think its current architecture and technologies to be able to support flying users in three-dimensional space.

Additionally, 6G could use drones to provide temporary connectivity in hotspot areas such as stadiums or rural areas where infrastructure is scarce. Saad envisions 6G as one of the first cellular system generations that will seek to integrate ground, aerial, and satellite networks.