With the nation facing a $2 trillion investment gap in infrastructure, the National League of Cities (NLC) is convening city leaders from across the country in Washington, D.C., to advocate for federal infrastructure investment during Infrastructure Week 2018.

Throughout the week, city leaders will meet with members of Congress, lead briefings and sit down with administration officials in Washington to ensure that infrastructure remains a national priority. 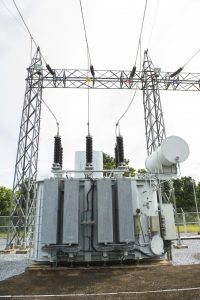 “From drinking water to workforce development, reliable infrastructure is critical to the health, safety and the economic growth of our communities,” said NLC President Mark Stodola, mayor of Little Rock, Arkansas. “We can’t sustain a thriving national economy unless Congress and the administration partner with cities and towns to fix this before it’s too late.”

In January, NLC launched a national Rebuild With Us campaign to encourage Congress and the administration to tackle infrastructure in partnership with cities. Today also marks the beginning of NLC’s digital billboard campaign, which will highlight the need to address crumbling infrastructure in markets from Massachusetts to California.

From May 14 – 16, city leaders will participate in a range of Infrastructure Week advocacy events, including a panel discussion led by NLC President Mark Stodola on  what it will take to develop a skilled workforce that can design, build and maintain the complex systems America’s infrastructure relies on.