The Federal Communications Commission (FCC) has approved an application by Space Exploration Holdings, doing business as SpaceX, to provide broadband services using satellite technology in the United States and around the world.

SpaceX is a private company founded in 2002 by CEO and lead designer Elon Musk, well known for being co-founder, CEO and product architect at Tesla. 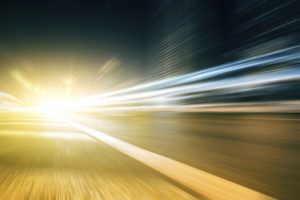 The FCC says that the SpaceX deal is another step to increase high-speed broadband availability and competition in the United States. Additionally, the SpaceX approval is the first of a U.S.-licensed satellite constellation to provide broadband services using a new generation of low-Earth orbit satellite technologies.

The SpaceX proposed a satellite system comprised of 4,425 satellites and was granted authority to use frequencies in the 20/30 GHz and Ku 11/14 GHz bands to provide global Internet connectivity.

The memorandum opinion, order and authorization outlines the conditions under which SpaceX is authorized to provide service using its proposed NGSO FSS satellite constellation by specifying the conditions designed to  ensure compliance with FCC rules, and to protect other operations in the requested frequency bands.

In addition to the SpaceX request, over the past year, the FCC has approved requests by OneWeb, Space Norway, and Telesat to access the United States market to provide broadband services using satellite technology.

According to the FCC, the satellites will expand Internet access, particularly in remote and rural areas across the country.

The FCC adds that these approvals are the first of their kind for a new generation of large, non-geostationary satellite orbit, fixed-satellite service systems, and the Commission continues to process other, similar requests.