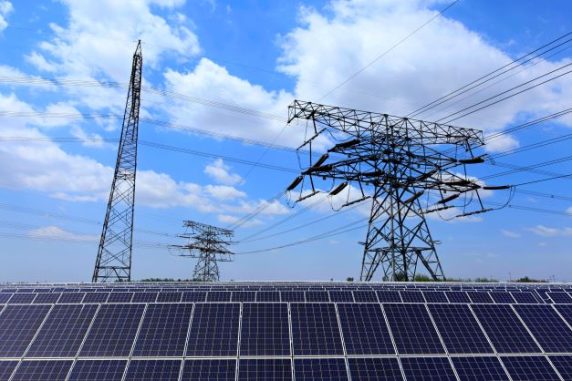 While solar power has been increasing significantly over the last decade in its three main generation types – utility-scale solar, community solar, and rooftop solar (which includes residential as well as business), there has been some talk recently about a slowdown in solar growth, due in part to questions about the future of the federal tax credits, as well as increasing costs and concerns about equipment and material supplies, which is partly related to fluctuations and uncertainties in imports of solar equipment and supplies..

So, is solar expected to continue to grow, or is a slowdown expected? That really depends on the type of solar.

In terms of utility-scale solar in specific, continued and accelerated growth is expected. According to a March 7, 2022 report from the U.S. Department of Energy’s Energy Information Administration (EIA), power plant developers and operators expect to add 85 gigawatts (GW) of new generating capacity to the U.S. power grid from 2022 to 2023, 60 percent (51 GW) of which will be made up of solar power and battery storage projects..

Battery storage capacity and renewable capacity (largely solar) significantly increased in the U.S. during 2021, partly because of tax credits and partly because of falling technology costs. The report added that, depending on the configuration and charging sources, both solar power and battery storage units may be eligible for the solar investment tax credit (ITC), which is scheduled to phase down by 2024.

The report noted that utility-scale solar accounts for 48 percent (41 GW) of the planned capacity in the United States during the next two years. “More utility-scale solar photovoltaic (PV) capacity was added (24 GW) to the U.S. power grid than natural gas (12 GW) between 2020 and 2021, a trend that will likely continue over the next two years as the demand for solar power continues to grow,” said the report..

In specific, in 2022, power plant developers and operators expect to add 22 GW of solar capacity to the grid, significantly more than the 13 GW added in 2021. Large additions of utility-scale solar capacity are likely to continue because of falling technology costs and the 2020 extension of the solar investment tax credit, which extended the credit to 26 percent in 2021 and 2022, 22 percent in 2023, and 10 percent in 2024 and after.

A more recent EIA report, dated March 18, which looks further out than 2024, confirmed the expected continued growth in utility-scale solar. The report projects that the share of U.S. power generation from renewables will increase from 21 percent in 2021 to 44 percent 2050, with the expected increase mainly consisting of new solar and wind. “The contribution of hydropower remains largely unchanged through 2050, and other renewable sources of power generation, such as geothermal and biomass, collectively remain less than 3% of total generation,” said the report.

In specific, the report projected that the contribution of total solar generation, including both utility-scale solar farms and small-scale rooftop end-use systems, will surpass wind generation by the early 2030s. It added that the near-future growth in wind and solar is expected to be driven by federal tax credits that are set to expire or significantly decline by 2026. However, it said, declining costs for both technologies are expected to play a significant role in both near- and long-term growth.

Meanwhile, the total share of U.S. fossil fuel-fired power generation is expected to decrease from 60 percent to 44 percent, as a result of the continued retirement of coal generators and slow growth in natural gas-fired generation.