Missouri to Allow Empire to Move Aggressively Toward Wind Power

The Missouri Public Service Commission has given initial approval for the state’s third-largest regulated utility, Empire District, to build a major wind farm to generate power.

In a statement, the PSC said, “the Commission has granted Empire certain accounting and depreciation treatment related to the CSP (Empire’s proposal known as it’s “Customer Savings Plan”)as well as a variance from the Commission’s affiliate transaction rule.”

Empire initially planned to shut down its coal-fired plant which generates 213 megawatts but has agreed to leave the facility in southwest Missouri’s Asbury open for the near term.  The utility had said shuttering the operation could have affected approximately 50 jobs there.

In a proposal, Empire determined the $1 billion project would save residential customers $9.33 per month or nearly $112 per year in energy costs for the 20-year period.

Although there’s no question that wind is a far cleaner source of energy than coal, there’s been strong opposition to the plan from the state Office of Public Counsel and the City of Joplin.

The Office of Public Counsel is charged with serving the interests of customers and is concerned about the impact of the project on ratepayers.  Geoff Marke is the Chief Economist with the Counsel.  He claims rosy predictions of customer savings is based on unrealistic projections by Empire that it’ll be able to sell excess generation of wind power on the open market at a high price. 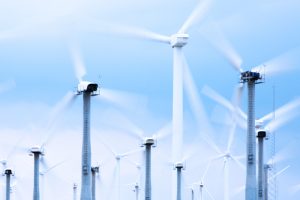 Marke notes a proposal by American Electric Power (AEP) in Oklahoma called Wind Catcher would generate 2,000-megawatts.  “It’s huge,” Marke said.  “It’ll be the largest wind project in the United States.  If that goes forward, the sheer presence of Wind Catcher will depress the market valuation of the Empire project.”

Another concern for the Office of Public Counsel is what Marke refers to as a “stranded asset” with the existing coal-fired plant.  Ratepayers are on the hook for any lingering costs attributed to the plant if it’s retired from service.  And already figured into their rates is a $119 million investment Empire made in 2013 to install equipment to cut emissions and make the operation more efficient.

Empire was purchased by Toronto based Algonquin Liberty in late 2016 for $3.2 billion.

The wind farm project, which comes with generous federal tax credits that expire in 2020, provides an opportunity for Algonquin to make a healthy return on investment.  The PSC allows most projects by regulated utilities, which are investor-owned corporations, to realize a 9-10% profit.

Empire customers saw their rates increase by a massive 63.23% for a total of almost $182 million in the decade before Algonquin Liberty acquired it.  Marke with the Office of Public Counsel doesn’t think the utility’s plan to build a wind farm will help Empire customers who already have some of the highest electric bills in the state.  “They’re likely to get much higher now from our office’s perspective and our calculations.”

After being granted initial approval from the PSC for the wind farm, Empire is expected to apply for a permit to built it in the next few weeks.

The environmental group Renew Missouri is applauding the decision by the PSC.  The group’s executive director, James Owen, says the economics of wind now make it impossible to avoid considering.  “Wind is so cheap right now that to build a wind farm and shut down a coal plant is actually now cheaper for ratepayers than to keep a coal plant running,” said Owen.

He thinks opposition to the wind farm at the Office of Public Counsel (OPC) is a result of a political agenda established by former Governor Eric Greitens.  “Unfortunately, we have people like the OPC which are leftovers from the Greitens administration who seem to view renewable energy as some sort of liberal pixie dust when it actually can be used to be something that’s beneficial for customers, Owen said.

Owens himself actually held the position of Public Counsel within the office but was fired by Greitens shortly after he took office in early 2017.

Empire is looking for a site to build its wind farm in southwest Missouri.  Andy Knott with the Missouri Chapter of the Sierra Club, a prominent environmental organization, questions why the city of Joplin would oppose the project.

“Empire is proposing to build at least some of these wind farms in that same region, which will mean job creation for the area around Joplin,” said Knott.  “It seems a little short-sighted that the city of Joplin was opposing something that’s going to create jobs in their region.”