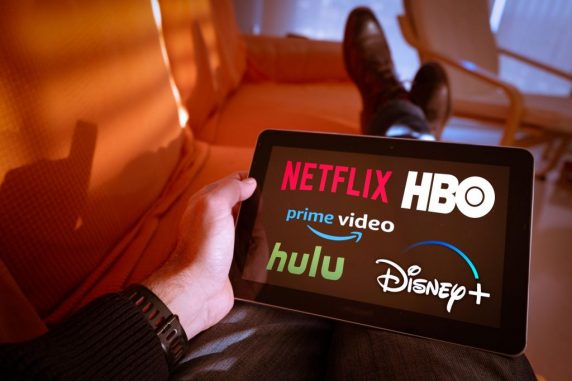 The site explained how it arrived at its estimate. Last year, Netflix subscribers averaged two hours per day of streaming. Using Nielsen’s assessment that the quarantine could cause a 61% increase in streaming, it is likely that Netflix users have increased daily use to 3.2 hours. In addition, the post points out, Netflix added 2.31 million subscribers during the first quarter of this year. Estimating the U.S. portion of these new customers leads to an estimate that Netflix now has about 63.7 million U.S. subscribers.

Putting the two numbers together – 3.2 hours per day and 63.7 million subscribers – means that U.S. Netflix subscribers are streaming 203,840,000 hours per day. That would put the amount of time spent streaming during the past month at 6,115,200,000 hours. Wrote post author William Parker: “That’s a lot of content!”

Parker goes on to note that Netflix has three subscription tiers. The middle tier – high definition – is the most popular. The other two (standard definition and ultra-high definition) are about evenly split. HD uses 3 GB of data an hour on average. Using these figures makes it possible to guess that an average Netflix subscriber is using about 9.6 GB of daily, which leads to the 288GB monthly estimate. U.S. Netflix subscribers are using about 18.346 TB of data per month during the quarantine.

Parker makes two points about the path ahead. He suggests that people will continue to spend more time at home compared to pre-pandemic days even after quarantines end. He also suggests that Netflix and similar services will continue to reel in cord cutters who will leave traditional cable companies due to lack of live sports programming.