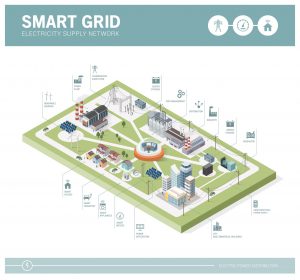 Smart Grid adaptation is being driven by a multitude of factors including climate change, renewable integration, energy reliability & resiliency, and electric vehicle proliferation.  The U.S Dept. of Energy, through its Smart Grid initiative, highlights these factors and the further need for utilities to pursue distribution and transmission system innovation.  This effort is accomplished principally through strategically placed intelligent devices and targeted system improvements.  Further, these efforts can serve to enhance bottom line reliability metrics while also improving consumer engagement and perception of utility efforts.

One only has to follow the news in order to see that weather-related or other catastrophic events are not well received by the public when they result in substantial down-time.  This perception can be mitigated by an established process to strategically implement smart grid enhancements on a consistent basis, as long as those efforts are communicated with the public.  While incremental efforts may not stave off a wide-spread event’s ultimate impact, they can provide the basis for long-term improvement.  This effort can also serve to better engage the public, especially since they are demanding connectivity for solar, wind, storage, and electric vehicles. A utility company’s outage is typically viewed much worse if the utility has also failed to make measurable and demonstratable changes to keep pace with consumer need and current innovation.