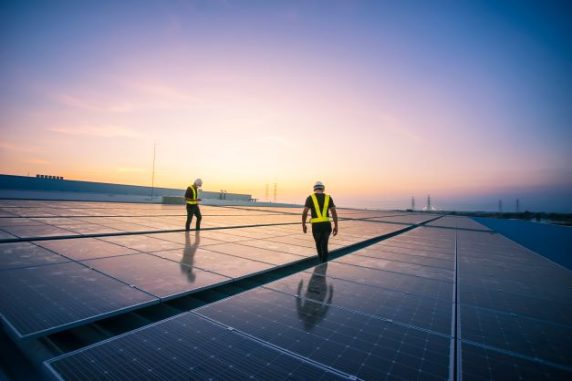 Based on a petition from Auxin Solar, the U.S. Department of Commerce initiated an investigation in late March 2022 into imports of crystalline silicon PV (CSPV) modules and cells from Cambodia, Malaysia, Thailand and Vietnam, to see if tariffs should be imposed. Under U.S. trade law, final tariffs levied as a result of this investigation can be retroactive to the date of initiation.

According to the Solar Energy Industries Association (SEIA), this decision comes just four months after the department rejected a similar petition that would have increased solar prices.

“Contrary to the Biden Administration’s goal of growing clean energy in the U.S., the Department of Commerce has decided to consider up to 50%-250% tariffs on the solar industry in the United States,” said Abigail Ross Hopper, president and CEO of SEIA. “This misstep will have a devastating impact on the U.S. solar market at a time when solar prices are climbing, and project delays and cancellations are adding up.”

She added: “The solar industry is still reeling from a similar tariff petition that surfaced last year. The mere threat of tariffs altered the industry’s growth trajectory and is one of the reasons why we’re now expecting a 19% decline in near-term solar forecasts. Taking up this case will have a chilling effect on the solar industry.”

According to the SEIA, crystalline silicon modules from these four countries represented 65 percent of all module imports in 2021, and domestic crystalline silicon module manufacturers imported nearly half of their cells from these countries. “Imports from these countries are now liable for tariffs between 50% and 250% and many suppliers are halting shipments,” said the SEIA. “There is not sufficient capacity to meet U.S. demand anywhere else in the world except China, which is already subject to tariffs from 40% to 275%. If enacted, these new tariffs could reduce solar deployment by up to 16 gigawatts (GW) annually, and put 70,000 U.S. solar jobs at risk.”

The SEIA added that U.S. solar capacity deployment in 2022 and 2023 is already expected to fall 24 GW since the launching of the Department of Commerce investigation.

On May 1, in response to these concerns from the solar industry, as well as industry customers, such as utilities, 22 of the nation’s 100 senators wrote a letter to President Biden, also emphasizing that such tariffs would severely undercut the growth of the solar industry, cost tens of thousands of American jobs, and raise energy prices for U.S. consumers. “We strongly support developing a domestic solar manufacturing supply chain, but current demand for solar products far exceeds existing domestic production capacity.”

The letter went on to note that the Commerce department’s decision to even consider these tariffs has led to the fact that 83 percent of U.S. solar companies report being notified of cancelled or delayed panel supply. It added, “These tariffs, if imposed, would adversely impact ratepayers who depend on clean, affordable energy. For example, a utility could have to move to the next least costly supply of electricity if a contracted solar project could not be built or built on time because of the Department’s investigation. In addition, some utilities could decide to take on any added costs resulting from the tariffs and then pass them onto ratepayers. That could mean massive price hikes for U.S. utility customers, given that with CSPV modules subject to 250% tariffs, a typical 100MW utility scale solar project would face $62.5 million in duty exposure. This would needlessly increase energy costs at a time when consumers are already facing rising prices and high costs of living.”

The letter continued, “Initiation of the investigation is already negatively impacting the U.S. solar industry, and the longer this situation persists, the more acute the damage will be. Accordingly, we strongly urge your administration to make an expedited preliminary determination in this matter and carefully consider the significant policy ramifications on American businesses, workers, and ratepayers.”