Significant upfront investment is necessary to close the digital divide, according to a new report from NTCA–The Rural Broadband Association and USTelecom–The Broadband Association. The report validates what Finley clients have experienced as they go about their business of building and maintaining robust broadband networks in rural America. 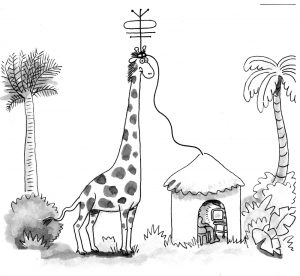 Subsidies remain essential to provide the necessary infrastructure to promote availability and affordability as well as to deliver broadband to rural areas, according to the study that examines the economics of operating and building rural communications infrastructure. The report suggests that $61 billion is needed to bring FTTP broadband to unserved rural markets.

Rural areas are at a disadvantage, the report says, because, broadband communications networks will go first to the areas with the greatest population density, due to the economies of scale, leaving vast rural areas as afterthoughts.

“The economics of linear density tell us it is commercially unviable to deploy network infrastructure at affordable consumer rates in a rural environment without some form of subsidy, whether internal or external,” said CostQuest President and CEO James Stegeman, in a prepared statement. “This economic hurdle can be true for roads, electric, communication, water, natural gas, and sewage. When a positive business case for deployment is not achievable, substitute service, sometimes inferior, may arise or consumers learn to live without. However, we, as a country, have identified those services whose national deployment benefits exceed the subsidy requirements. This was true for roads, electric and voice phone service. If we believe that access to robust broadband service, even in rural areas, is a vital part of our national infrastructure, we must continue to seek the methods to support the deployment of this service affordably to all Americans”

Key findings from the report include:

“If building broadband in rural communities was easy, we would not have a digital divide in our country,” said NTCA Chief Executive Officer Shirley Bloomfield, in an NTCA press release. “This report highlights that the business case for bringing broadband to rural America is difficult because of the steep cost of deploying robust technologies in huge swaths of low-density countryside. As our nation considers how best to rebuild America’s infrastructure for the 21st century, we must recognize the challenging economics of serving these sparsely populated areas. And without support or subsidy of some kind, whether explicit or implicit, these areas are at serious risk of being left behind.”