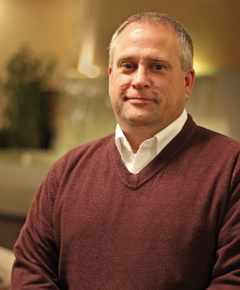 Jeff Swan was promoted to Vice President of the Kentucky office in 2014 upon the retirement of Ann Keller (In July). He is responsible for the daily operations of the Kentucky office including staff management, project management, client relations and financials. Swan joined Finley in December of 2010 bringing significant experience, expertise and leadership to the company.

After spending four years in military service, Jeff was employed by Pacific Telecom as a switching technician in the state of Washington. While at Pacific Telecom, Jeff held a number of positions, rising from technician to Engineering Manager, to Operations Manager of the Colorado division. In his career at Pacific Telecom he was able to attend Eastern Washington University, majoring in Mathematics and Computer Science, as well as attend numerous executive management schools, including the USTA Executive Management series at the University of Kansas.

In 2001, Jeff came to Illinois as a transmission engineer to support the initial Citizen’s acquisition of GTE properties. His most recent responsibilities with Frontier/Citizens were associated with engineering broadband deployment of the Verizon properties in the Midwest. To contact Jeff, please call the Springfield office at 217-529-9362.