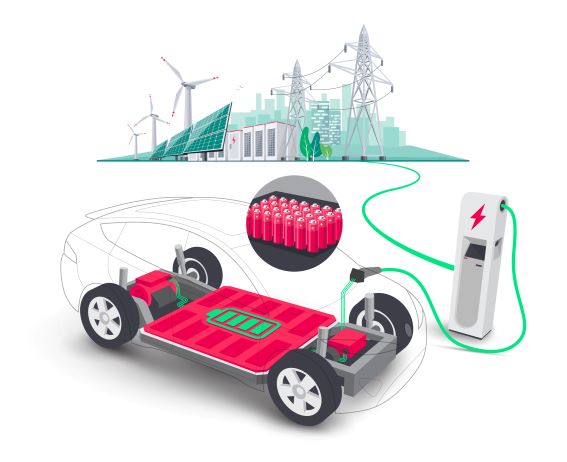 While more and more individual citizens are purchasing electric vehicles, increasing demands for EV charging infrastructure (in their garages, in their communities, and on the roadways), more and more fleets are switching to EVs. The latest to make this announcement is the U.S. Postal Service (USPS), which operates the nation’s oldest and largest federal vehicle fleet. In December, the USPS announced that it plans to deploy over 66,000 EVs by 2028, making it one of the largest EV fleets in the nation.

In specific, the USPS:

1 – Anticipates increasing the quantity of purpose-built Next Generation Delivery Vehicles (NGDV) to a minimum of 60,000, of which at least 45,000 will be battery electric by 2028. NGDV acquisitions delivered in 2026 and thereafter are expected to be 100 percent electric.

2 – Expects to purchase an additional 21,000 battery electric delivery vehicles through 2028, representing a mix of commercial-off-the-shelf (COTS) vehicles. Acquisitions delivered in 2026 through 2028 are expected to be 100 percent electric.

3 – Plans to continue to explore the feasibility of achieving 100 percent electrification for the overall Postal Service delivery vehicle fleet.

The 66,000 battery EVs will be part of the USPS’s 106,000 vehicle acquisition plan for deliveries between now and 2028. The vehicles purchased as part of this anticipated plan will begin to replace the USPS’s aging delivery fleet of over 220,000 vehicles.

“The Postal Service anticipates at least 60,000 Next Generation Delivery Vehicles (NGDV), of which at least 75% (45,000) will be battery electric,” said the USPS. As part of this plan, a total of 21,000 additional commercial off-the-shelf (COTS) vehicles are also expected to be battery electric, depending on market availability and operational feasibility.

“We have a statutory requirement to deliver mail and packages to 163 million addresses six days per week and to cover our costs in doing so – that is our mission,” said Postmaster General Louis DeJoy. “As I have said in the past, if we can achieve those objectives in a more environmentally responsible way, we will do so.”

The USPS has already been involved in EV activities. For example:

1 – In February 2022, the USPS completed its obligations under the National Environmental Policy Act process and issued a Record of Decision to acquire up to 165,000 NGDV, with a commitment for at least 10 percent battery EV’s (BEV). “This decision was expressly designed to provide the Postal Service the flexibility to acquire significantly more BEV NGDV should financial and operational circumstances permit,” said the USPS.

3 – And in July 2022, it announced its intent to conduct a Supplemental Environmental Impact Statement (EIS) that anticipated increasing the NGDV minimum BEV percentage to at least 50 percent and supplementing the NGDV order with a purchase of 34,500 COTS, so that the combined purchase would be for at least 40 percent BEV.

By May 2023, the USPS will publish for public notice and comment a Draft Supplemental EIS that will assess the potential environmental impacts of vehicle purchase alternatives, likely including those from its recently-announced plan in December.

The USPS reports that its new NGDVs are expected to start servicing postal routes in late 2023.