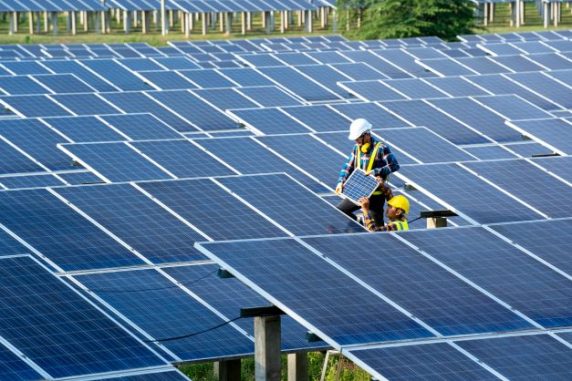 However, over the first six months of 2022, only 4.2 GW of that capacity came online, less than half of what the industry had planned to install in those months. From January through June 2022, about 20% of planned solar photovoltaic capacity was delayed.

EIA’s preliminary data from January through June 2022 showed that PV solar installations were delayed by an average of 4.4 GW each month, compared with average monthly delays of 2.6 GW during the same period last year. In most cases, reported delays are for six months or less.

According to the EIA, various factors could be causing the delays, including broad economic factors, such as supply chain constraints, labor shortages, high prices of components, and factors specific to electric generator projects, such as obtaining permits or testing equipment.

Some details on the reasons for delays:

In February 2022, the United States extended tariffs on imported crystalline silicon solar products from China, which raised the tariff-rate quota from 2.5 GW to 5.0 GW and excluded bi-facial panels from the extension of duties.

In April 2022, the U.S. Department of Commerce announced an anti-dumping circumvention investigation of solar cells and modules imported from Cambodia, Malaysia, Thailand, and Vietnam, countries that allegedly use parts made in China that otherwise would be subject to tariffs.

In June 2022, the White House took action to advance the deployment of solar in the U.S., authorizing the easing of import duties for a 24-month period for solar cells and modules imported from the countries under investigation, and invoked the Defense Production Act to expand domestic production of solar modules. However, any determination that the Department of Commerce reaches in its investigation will not go into effect until after this 24-month period ends.