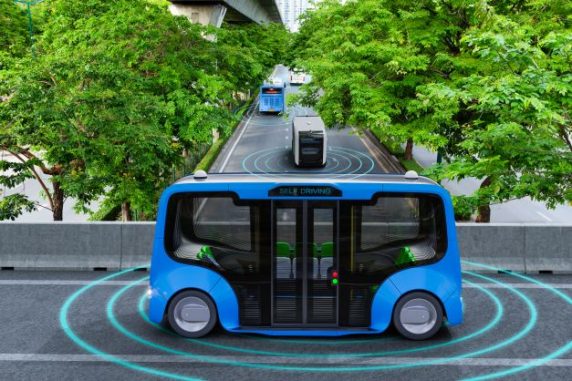 Navya, a French company, says that it will provide an autonomous electric shuttle for a one-year trial in White Bear Lake, MN, according a story in IoT World Today.

The partnership, which is between Navya, the Minnesota Department of Transportation (MnDOT) and engineering firm AECOM, will deploy an Autonom vehicle. The vehicle, which has been nicknamed Bear Tracks, will give public rides in a 1.5 mile route in the city connecting several residential areas.

“As it is completely autonomous, there is no steering wheel and it doesn’t feature pedals, either, although a safety operator will accompany all journeys to monitor progress and assist passengers if necessary,” according to the story. “It will operate from Monday to Friday between 9.30 a.m. and 1.30 p.m. and will be free of charge to the public.”

AECOM will be the prime contractor, according to the Navya press release. The project is part of MnDOT’s Connected and Automated Vehicle (CAV) Strategic Plan to foster increased mobility for seniors and those with disabilities. MnDOT ran a demonstration project in downtown Rochester last October. That test was in conjunction with EasyMile, which also is a French company.

The Autonom launched in 2016, the story says. It can accommodate 15 passengers – with four standing and 11 sitting. It has a nine-hour capacity and can almost reach 16 miles per hour. It is in use in Lake Nona, Orlando, downtown Singapore, Masdar, Abu Dhabi and Sion, Switzerland.

Navya CEO Sophie Desormière said that the use in Minnesota will provide data on the shuttle’s operation during a range of weather conditions.