Energy Storage, A Larger Trend Than Once Thought 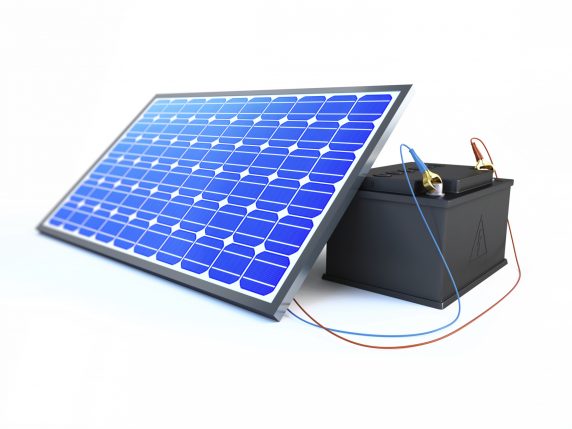 According to a new report, titled “An Underappreciated Disruptor,” published by Morgan Stanley, new renewable energy storage technology has the power to turn solar and wind energy into a reliable source of electricity generation for U.S. utilities.

“Storage makes renewable energy available when it’s needed the most,” said the report. “Peak electricity usage happens in the early morning and evening, whereas peak production of solar energy is midday and at night for wind.” Given the U.S. electric grid’s lack of storage capacity,
conventional power plants, including gas-fired ones, are utilities’ most reliable source of electricity.

That could be about to change. In the report, authors Stephen Byrd, Morgan Stanley’s utility and clean tech analyst, and Adam Jonas, its shared mobility and auto analyst, argue that the price of both solar and wind energy, as well as new storage units, have reached a point where renewable energy can finally become a dependable rather than an unpredictable source of energy.

“Demand for energy storage from the utility sector will grow more than the market anticipates by 2019-20,” the report posits. The demand for storage is expected to grow from a market of less than $300 million a year to as much as $4 billion in the next two to three years, according to the report. “Ultimately there’s about a $30 billion market for storage units, with capacity for around 85  gigawatthours of power storage,” it said. “That’s enough electricity to light up most of the New York City metro area for a year.”

There will be winners and losers, though. Companies with gas-fired plants might suffer margin compression as utilities increase their use of cheaper renewable sources on tap in battery storage units. Energy storage will also release stored power during periods of high demand in the early mornings and evenings, when power prices are at their highest – another negative to the bottom line of gas-fired plant owners. “Storage effectively provides a low-cost, least efficient conventional power plant,” said the report.

Companies that are manufacturing the storage units will be the likely winners, although new entrants will find it difficult to compete with the largest market leaders.

And, according to the report, utilities will have good reason to want to buy the storage units. “We think utilities could deploy storage as a way to enable the growth of renewables and/or defer costly transmission and distribution projects,” said Byrd. Having renewable energy on tap to supplement peak electricity periods will also reduce the likelihood of blackouts.

More aff ordable battery storage units could also lead to signifi cant utility bill savings for customers with solar panels, as well as those in states where utilities add a “demand charge” to utility bills to recover transmission and distribution grid costs. As for the grid, the proliferation of electricity storage
could eventually transform it into a “plug and play” for the storage units, used by utilities, solar customers, and electric vehicles.

“The grid of the future is becoming more complex, necessitating improved grid infrastructure to
accommodate a proliferation of distributed energy resources,” the report added.