The Expanding DER Trend: Will Utilities Be Observers or Participants? 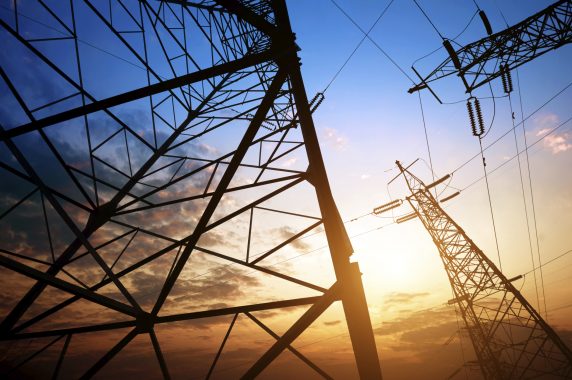 According to a new report from Accenture, “Power Surge Ahead: How Distribution Utilities Can Get Smart With Distributed Generation,” utility executives are worried about the growing distributed energy resources (DER) trend and its adverse effect on revenues. In addition, there is concern around how it directly affects the technology in their distribution grids.

As to the first concern, the growth of DER is eroding revenues and putting pressure on profitability for distribution utilities, especially for those that are vertically-integrated. In addition, the integration of more distributed generation will likely result in lower volumes of energy being transported and higher network reinforcement costs.

As relates to the technology impact on distribution grids, 59 percent of utility executives polled by Accenture said that they are expecting small scale and consumer-based distributed energy to place more stress on their networks’ future capacity, reliability and quality than on their medium- or high-voltage connected distribution generation. This stress is expected to come in the form of, among other things, increased voltage issues and backflow of power into distribution substations.

How valid are these concerns? According to the report, distributed generation is playing an increasingly important role in energy systems, driven by the sustainability agenda, energy independence concerns, and increasingly favorable economics. In sum, “All the evidence shows that consumers have a growing appetite to move toward self-generation,” said the report. In addition, there is overwhelming evidence that the DER trend will continue. “We are seeing consumers showing growing interest in installing renewable generation, notably solar photovoltaics, in many markets around the world,” said the report. In specific, Accenture’s research found that 57 percent of consumers would consider investing in becoming power self-sufficient. In addition, 45 percent say they are planning to sign up for rooftop solar in the next five years.

How can utilities address these challenges? The report stated that, given the criticality of distributed generation to facilitate the energy transition and the move toward more sustainable energy, utilities cannot afford to attempt to block or impede the transition. “Even if the political climate is temporarily changing to focus less on providing incentives for renewables in some markets, the momentum behind renewables remains powerful and building,” said the report.

Instead, the report suggests that distribution utilities should become catalysts for the integration of distributed generation and the progress toward the energy transition. “Despite the challenges, the expansion of distributed generation also creates opportunities for distribution businesses to create services-based business models that could drive much-needed new revenue,” said the report.

In fact, consumers are actually expecting this from their utilities. “Nearly six out of 10 consumers expect energy providers to work with others to offer packages for distributed energy resources that can enable them to access more sustainable ways to generate and store electricity,” said the report.

Certainly, a number of utilities have taken steps to integrate DER initiatives into their activities. However, according to the report, most of these have been fragmented, focusing on only piece of the puzzle. “For example, many utilities have streamlined their DER interconnection processes and shortened queue times for customers,” said the report. “But few have integrated these connection process improvements into a better forecasting approach for DER hosting capacity needs.”

The report noted that the accelerating pace of distributed generation adoption calls for a more balanced, holistic and integrated approach. “It is a proposition that is acknowledged by distribution executives, over half of whom say that the current distributed generation hosting capacity of portions of their current network would be exhausted within ten years,” said the report.
To really make an impact, there is a need for what the report termed “significant capital spend on network reinforcement to manage voltage excursions and peak load spikes that will be exacerbated by increased levels of distributed generation.”

Adding to the challenge is attempting to predict where customers will locate their DER units, and how this will impact the distribution network. In many cases, according to the report, distribution utilities have limited control or visibility over the deployment of small-scale distributed generation by customers, if the specific installation is smaller than a prescribed minimum. In addition, “The proliferation of smaller distributed generation is likely to mean that network reliability and quality issues will tend to be localized, and are going to need a different approach to address them efficiently and effectively.”

The key, according to the report, is for distribution utilities to assess their current “smart grid” strategies. The report stated that, “Investment in smart solutions offers the prospect of considerable advantages. One significant benefit is the potential substantial reduction in network reinforcement capital spend that customer-facing smart grid deployments could deliver.”

In sum, in order to not just accept, but to actually embrace, participate in, and benefit from the continuing growth of DER, distribution utilities need to expand their smart grid technology strategies to make them more comprehensive than they have in the past – strategies that allow the utilities to actively lead the growing demand for DER by its customers.

Finley Engineering can help utilities to create and implement these strategies.