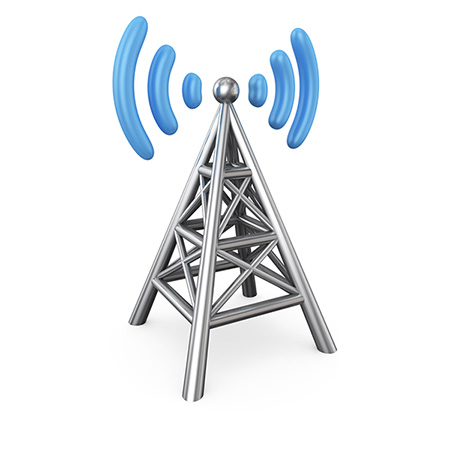 Broadband service delivered via fixed wireless has a long and rich history here in the U.S. and abroad. Its popularity and interest continue to rise. Fixed wireless access (FWA) draws interest and attention because of relatively favorable network economics, when compared to more expensive wireline options. The historical context and growth of FWA has centered on these favorable network economics. Smaller and more rural markets often lack the population density to make wireline broadband networks feasible. The business case sometimes doesn’t compute, making fixed wireless a preferred option for many rural markets. But the improving capabilities of FWA are now expanding the potential use cases.

Broadband providers of all sizes and stripes are now adding FWA to their portfolio to serve many different market applications — urban, suburban, and rural included. Improving FWA technology makes the application more attractive, even rivaling wireline broadband capabilities in some instances. This whitepaper will examine the case for FWA as a legitimate broadband architecture to meet the needs of the evolving broadband access industry.

State of Fixed Wireless in the U.S.
According to the 2017 Broadband Wireless Access (BWA) Industry Report from research firm Carmel Group and several industry associations, there are approximately 2,000 wireless internet service providers (WISPs) in the U.S., serving over 4 million customers. Online ISP rankings and resource website BroadbandNow has data on 1,549 operating WISPs in the U.S. today. Just over half of them, or about 800, are members of WISPA, the major trade association representing the fixed wireless community. The BWA Industry report states that the average WISP in the U.S. serves 1,200 customers, with the largest WISP, Rise Broadband, serving north of 200K subscribers.

The BWA Industry Report data pegged annual WISP subscriber revenue at $2.3 billion and projected it to more than double to $5.2 billion by the end of 2021. According to WISPA, most WISPs serve rural territory and many of the organization’s members have subscriber counts in the low hundreds.
As this data suggests, most of the FWA momentum has taken place in rural markets and that looks to continue, although not exclusively. FWA interest is growing, both from tier 1 providers like Verizon, AT&T, and T-Mobile, as well as from upstarts such as Starry Internet and others. These newer entrants into the FWA arena seem more focused on urban and suburban applications, providing very high-bandwidth services using emerging technologies and spectrum bands such as 5G and CBRS as direct competitive alternatives to wireline broadband options.

Rural Markets
In rural markets, FWA’s sweet spot, additional growth is coming from newfound attention as well. As policymakers at both the state and federal levels continue to push policies that address fixing the digital divide, FWA is increasingly seen as a big part of the solution. You don’t have to look any further than the recently concluded Connect America Fund II Auction (CAF-II) to see evidence of this.
A significant amount of CAF-II funding, $750 million, was awarded to companies who plan to utilize FWA as their primary broadband access technology. That includes Finley Engineering client Watch Communications, a subsidiary of Benton Ridge Telephone Company, a top 10 winner in the CAF-II auction who will deploy fixed wireless to 24K additional locations. At least 16 fixed wireless service providers won funding through the CAF-II auction3, according to WISPA. In addition, some companies not known primarily as WISPs plan to use FWA for CAF-II deployments.

This rural momentum has caught the eyes of blue-chip technology companies like Microsoft as well, who are also active in the rural FWA movement. Through its Airband initiative, Microsoft has partnered with over 8 service providers thus far to expand broadband in rural markets across 16 states, relying in large part on TV white spaces technology.

Larger traditional wireline carriers including Windstream and Frontier are turning to FWA to expand their rural broadband footprints as well. Windstream is using 3.5 GHz spectrum to deliver 100 Mbps capable broadband to several markets, with plans to expand to additional rural markets. The company also was a big bidder – and winner – in the recent auction of millimeter wave spectrum in the 24 GHz and 28 GHz bands, which the company is expected to use to support FWA. Frontier also won millimeter spectrum in the 28 GHz band and is likely to use it for FWA.

Fiber broadband and mobile provider C Spire, based in the southeast, also is moving aggressively with FWA. Even traditional cable operator Midcontinent has turned to FWA to increase its rural broadband footprint.

Emerging Fixed Wireless Technology
Fixed wireless applications in rural markets have historically been 802.11-based, with many deployments using the unlicensed 2.4 GHz and 5.8 GHz spectrum ranges. FWA technology is improving dramatically, though, enabling much better performance and capability and coming closer to matching wireline performance. Some of the new technologies leverage development work already completed involving LTE and 5G. Other spectrum bands also are emerging for FWA use, including TV white spaces and the citizens band radio service (CBRS) band, as well as bands that are expected to be used for 5G.

Fixed LTE
LTE use cases traditionally have revolved around mobile broadband applications, but the technology’s use for FWA is on the rise. According to a Mobile Exports report, demand for dedicated LTE fixed wireless access point equipment will grow faster than traditional fixed wireless equipment and is forecasted to grow from $430 million in 2017 to $1.2 billion in 2023.

Larger carriers such as T-Mobile and U.S. Cellular are helping fuel this growth by utilizing LTE for fixed wireless applications. T-Mobile Home Internet using fixed wireless will offer 50 Mbps broadband and sell for $50 per month. The carrier says it has a goal of reaching 50K subscribers with the service in 20198. U.S. Cellular announced last year that trials using LTE for fixed wireless in Kansas and Nebraska were very encouraging and the carrier intends to expand its fixed LTE footprint into additional rural markets.

Smaller carriers are also interested in utilizing LTE for FWA. Oklahoma-based Pioneer Telephone Cooperative announced last year its intention to add LTE fixed wireless capability to 400 towers across its footprint. The FWA deployment will also be used to expand broadband access to underserved and unserved markets through the FCC’s A-CAM program.

CBRS Opportunities
Many carriers, large and small, are welcoming the CBRS opportunity for fixed wireless. The band includes spectrum between 3.5-3.7 GHz, encompassing the existing 3.5 GHz band and additional spectrum, and offers great promise for fixed wireless operators. There will be both unlicensed and licensed spectrum options for CBRS. The FCC recently established rules for the auction of the licensed spectrum associated with CBRS. Additionally, the CBRS band can support LTE and could soon support standards-based 5G as well.

CBRS is attractive for FWA thanks to its favorable propagation characteristics and high bandwidth capabilities. It generally doesn’t require line of sight, although dense foliage will negatively impact it’s coverage. Several carriers are already testing CBRS with 100 Mbps speeds or better. There are numerous use cases for CBRS, including, FWA, mobile, and even private networks. The CBRS Alliance, a special interest group made up of vendors and carriers has created a brand for CBRS service called OnGo, following the legacy of Wi-Fi, which was established by the Wi-Fi Alliance.

CBRS has seen a lot of interest and may even help increase service provider network valuations. Large swaths of spectrum may be available to rural providers, allowing for high-bandwidth, high-performance networks. The involvement of larger carriers, particularly though the licensed portion of the CBRS opportunity, will help drive down costs for all providers. Rural industry banker CoBank recently issued a bullish report on CBRS, suggesting the spectrum will help drive up the value of operators and may provide an attractive financial exit strategy.

TV White Spaces Broadband
TV white spaces technology uses vacant TV broadcast spectrum, which is considered low-frequency, or low-band, spectrum. Broadband providers don’t need a license to use the spectrum, but they are required to use equipment supporting spectrum sharing technology. That technology uses a database to identify channels that are not licensed in an area to assign the equipment to vacant channels.

TV broadcast spectrum is low-frequency spectrum with excellent propagation characteristics, allowing for wide range. TV white space transmissions are good at penetrating walls and foliage and can operate in non-line of sight applications. There are already equipment options available.

Microsoft has seized on the TV white space broadband opportunity here in the U.S. and abroad. The technology giant has become active in trying to address the digital divide through its Airband program and partners with WISPs to leverage TV white space. As of the Spring of 2019, the partnership includes 8 WISPs, serving territory in 16 states. Microsoft reports their Airband partners are achieving the 25/3 Mbps FCC broadband definition12 using FWA.

5G FWA
Early use cases for 5G include fixed wireless. The next generation of wireless service can provide very high bandwidth FWA, even providing gigabit-capable broadband. The technology is being billed as a potential alternative to FTTH and DOCSIS based broadband services.

Initial 5G FWA deployments have utilized millimeter wave spectrum, which is generally defined to include bands in the range of 24 GHz and higher. These bands provide very high bandwidth capability, but over very short distances. Range from a tower or small cell may be only in the range of 500 to 1000 feet, although some carriers claim somewhat longer distances. Nevertheless, 5G FWA in the millimeter wave bands is likely to be more of an urban than rural application.

Verizon has been the most aggressive thus far with 5G FWA, having already launched it in several cities. Verizon says it eventually intends to pass 30 million homes with 5G FWA but will focus on urban and suburban markets13. T-Mobile and Sprint have suggested a 5G FWA solution that could eventually reach rural markets, utilizing Sprint’s 2.5 GHz spectrum and T-Mobile’s 600 MHz spectrum (assuming the two companies are allowed to merge).

There are several wireless carriers who brand their FWA service as 5G without meeting true 3GPP 5G standards. These services tend to be higher bandwidth FWA and can use a variety of technologies including LTE.

Service providers, wireless and wireline alike, should evaluate all these options for potential use cases. Expanding into adjacent markets, bringing service to the unserved and underserved, and complementing existing broadband service to fill-in coverage gaps are but a few potential applications for FWA.

The future looks bright for FWA, as policymakers increasingly see the technology as part of the answer to address the digital divide. This creates momentum that should benefit the overall industry, helping to drive costs lower due to greater economies of scale. Finley Engineering has vast experience in helping service providers evaluate FWA opportunities and engineer networks that best utilize the technology. We look forward to working with a growing number of service providers who see FWA as a part of their broadband future.