1B in New Grants for Middle Mile Fiber 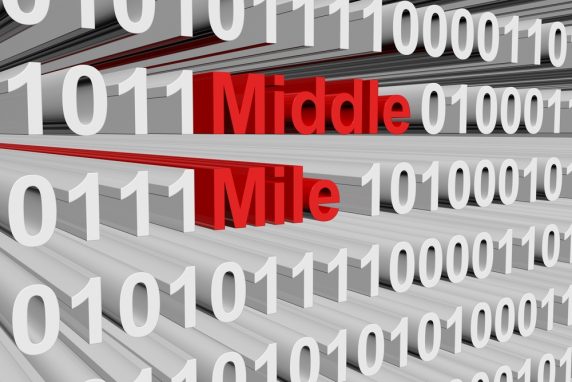 One of the new programs established by the Infrastructure Investment and Jobs Act (IIJA) is $1 billion in grants to build middle-mile fiber. The grant program will be administered directly by the NTIA. The grant program defines middle-mile as any broadband infrastructure that does not directly connect to an end-user location. Projects that might be considered for the grants include building fiber, leasing of dark fiber, submarine cable, undersea cables, transport to data centers, carrier-neutral internet exchanges, and wireless microwave backhaul.

The amount of funding is disappointingly small. For comparison, the California legislature created a $3.25 billion middle-mile fund just within the state. Rural America is woefully underserved by middle-mile infrastructure. Rural communities can all attest to the pain of losing broadband, cellular coverage, and public safety systems anytime the backbone fiber into a rural area goes out of service.

The stated purpose of the grants is to reduce the cost of connecting unserved and underserved areas to the Internet and to promote resiliency – which is the phrase currently being used as a surrogate for redundancy. Resiliency means bringing a second transport route into an area so that a single fiber or microwave failure won’t strand a community without broadband.

The federal grants will provide up to 70% of the cost of constructing middle-mile connectivity. Priority will be given to projects that:

The NTIA is directed to prioritize grant applications that:

It’s likely to be until late 2022 until the grant program is taking applications. While not gigantic compared to other parts of the infrastructure bill, this grant would still translate into 20,000 miles of middle-mile fiber at $50,000 per mile. These grants are going to most easily be awarded to solid financial recipients that have assembled a consortium of entities that will pledge to use the new middle-mile routes. I strongly suggest that regional groups start talking now to be ready when these grants when announced. At only $1 billion, it seems likely that there will only be one grant cycle.