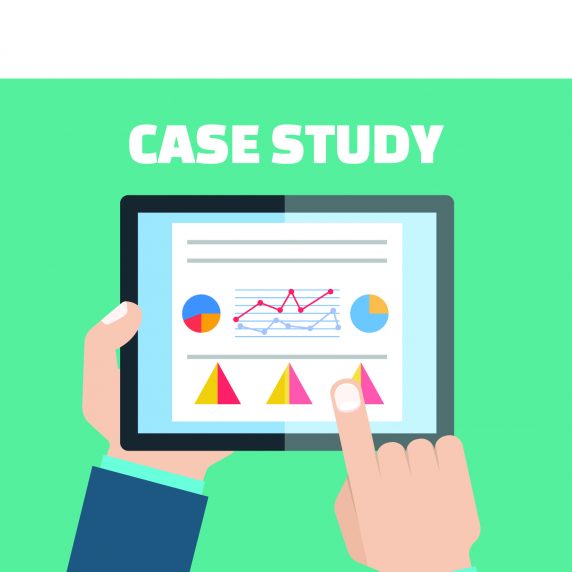 Finley Services: Designed the project, performed the bidding process, and supervised construction of the 147 miles.

Doniphan Electric Cooperative Association, Inc. (Troy, Kans.) serves 100% of Doniphan County, and also serves about half a mile into two adjacent counties. “Our co-op has been working with Finley Engineering since the 1970s, before I was here,” said Arlan Mitchell, general manager. “The manager who was here from 1979 to 1998 utilized them for ‘cost of service’ and some five-year plans. When I arrived, I didn’t have a background in electricity, so I started utilizing Finley for a lot of additional work.”

In December 2007, a major ice storm swept through the Midwest, virtually demolishing thousands of miles of power lines throughout Kansas, Iowa, and Missouri. “Every mile of line we had was affected,” said Mitchell. “We started out by designating the worst-hit lines and ended up with 147 miles, where the poles were down and the conductors were stretched.”

Under federal law, eligible entities such as electric cooperatives and municipal utilities may receive government reimbursement through FEMA for the costs required to restore damaged electrical systems to pre-disaster condition.

Finley Engineering worked as a liaison between FEMA and Doniphan Electric Cooperative Association to obtain funding for reconstruction of the 147 miles of aerial power line on the utility’s distribution system.

One challenge was the fact that twenty-six cooperatives and city municipals in the State of Kansas, serving over 300,000 customers, were affected by the ice storm, and their total funding requests from FEMA exceeding $500,000,000.

Nine separate engineering firms, as well as engineers and attorneys from Kansas Electric Power Cooperative (KEPCo) (a Kansas-based entity that provides engineering and legal services to most Kansas cooperatives through a joint agreement, with costs of services being subsidized through the power bill rate), represented the cooperatives and municipals during the negotiation process with FEMA. Finley Engineering in specific represented Doniphan Electric Cooperative Association.

FEMA was reluctant to provide the amount of funding that was sought, since Kansas has historically received more FEMA funding than any surrounding states as a result of ice storms. As a result, negotiations took over 1.5 years before agreement was reached.

According to an August 29, 2008 press release from Kansas Electric Cooperatives, Inc., the State of Kansas estimated the damages from the storm to be approximately $340,000,000 for electric cooperatives statewide. “Thus far, FEMA has agreed to pay only expenses of about $50 million related to the initial storm damage restoration effort, which took over two weeks last December,” continued the press release. “That effort, however, did not return the electrical systems to pre-disaster condition.”

The release also noted that utilities were critical of the stipulation by FEMA that construction projects needed to be undertaken during 2008, prior to the next winter season, yet FEMA funding had not been approved, and FEMA also informed utilities that any repairs they undertook on their own would not be eligible for reimbursement.

“FEMA brought in an engineering firm from Texas to tell us how we should engineer and build our lines, which didn’t make sense, since Texas is a state that doesn’t have much experience with ice storms,” said Mitchell. “Finally, though, we ended up getting what we wanted.”

After FEMA funding finally did come through, Doniphan Electric Cooperative Association asked Finley to handle the project management, bidding, and design of the power line reconstruction. Managing a team of field and office personnel, Frank Brown, a project manager with Finley, designed the project, performed the bidding process, and supervised construction of the 147 miles. The project management included generating construction staking sheets, materials lists, and construction invoices for the contract. It also involved preparing bid packets and final close-out documents that were required by the Rural Utilities Service (RUS). Finley also handled the close-out processes required by FEMA.

“Finley’s crews went over all of the lines that we were going to replace, staked those lines, and sent us copies of them,” said Mitchell. “They also put out the bid, completed the whole bid process for us, and selected the least-cost and best-suited contractor to do the job. We looked everything over, approved them, and then turned the contractor loose on the job.” When the contractor was done, Finley inspected their work, and either signed off on it or created a re-do list.

“All construction projects involve changes, for one reason or another,” said Mitchell. “If we saw that we wanted to make some improvements in certain places, or if we realized that we didn’t need a line in a certain place, we had to contact the Kansas Division of Emergency Management, as well as FEMA. We would file an ‘Improved Project,’ and Finley was instrumental in helping us with a lot of these changes. In addition, they helped us save some money on some of these improvements.”

As a result of the ice storm, the co-op, with Finley’s help, also ended up creating some new heavier duty building standards on its spans/lengths and conductor sizing, and also upgraded its poles from Class 6 to Class 5, as a way to reduce the potential for future storm-related damage.

The Finley team performs an initial assessment of all utilities, targeting those in areas that have been impacted most by disaster. Using our database of materials and labor costs, we can accurately establish budgetary damages for FEMA review. We utilize state of the art GPS equipment and PLS CADD software to prepare work orders, complete paper work and document all aspects of the damages for FEMA review.