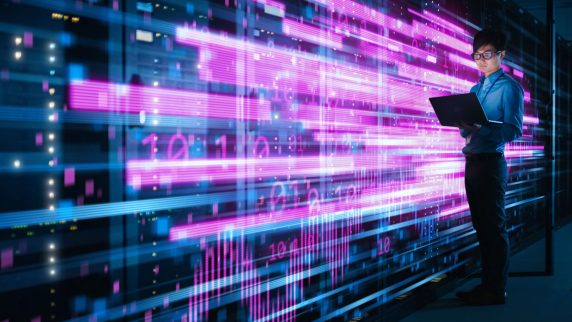 The Department of Energy has unveiled ESnet6, the next generation of the Energy Sciences Network’s (ESnet) high-performance network.

ESnet6 will continue supporting scientific inquiry and research with more than 46 terabits per second (Tbps) of bandwidth. The goal is to “process, analyze, visualize, share, and store the mountains of research data produced by experiments, modeling, and simulations,” according to the press release. The network provides smart, programmable and automated services that can support multi-petabyte data flows.

“ESnet6 represents a transformational change in the way networks are built for research, with improved capacity, resiliency, and flexibility,” ESnet Executive Director Inder Monga said in a press release “Together, these new capabilities make it faster, easier, and more efficient for scientists around the world to conduct and collaborate on ground-breaking research.”

Last year ESnet carried more than 1.1 exabytes of science data, and traffic increases by a factor of ten every four years, according to the press release. The new network is designed to satisfy that demand and support the integration of experimental, networking and computational facilities. ESNet6 will enable personnel to work with massive datasets produced by large-scale instruments such as genome sequencers, telescope observatories, X-ray light sources and particle accelerators.

The network also will send simulation data to collaborators around the world. ESnet 6 is designed to support the DOE’s multi-billion dollars of investments in scientific research that leads to breakthroughs that impact our everyday lives.

ESnet6’s features and new capabilities include: