As consumers continue to rely more on their smartphones for what had been traditional computing uses, they are buying fewer PCs, laptops and even tablet computers, according to a new report from International Data Corporation (IDC). The PC and laptop sales decline will be 3.5% this year, an acceleration of the 2.7% drop between 2016 and 2017 and continuation of a trend expected to continue for at least the next five years, researchers said. 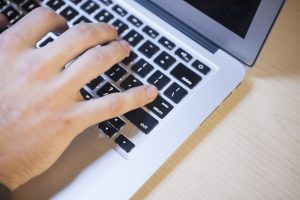 During that time frame, the research firm expects the sales of the personal computing devices to drop an average of 1.8 percent per year, with the detachable tablets and ultraslim notebooks showing modest increases; otherwise the decline would be even steeper.

The bubble has burst for the slate tablets, once the darling of this portion of the market. According to IDC, these devices peaked in popularity four years ago, and sales are expected to decline 6.2% per year on a compound basis over the next five years.

“Overall the challenges for traditional PCs and tablets remain the same as in past years,” said Ryan Reith, IDC program vice president, in a prepared statement. “However, we continue to see pockets of opportunity and growth when you peel back the onion. With notebook PCs it’s clear that marketing and development resources are being poured into premium/gaming, convertibles, and thin and light devices. All OEMs, some of which are new to the space, seem to be laser focused on these areas. Detachable tablets are another area that has seen growth; however it currently feels like the trends around notebook growth opportunities have overshadowed detachable developments.

“Despite the continuous decline of desktops, it’s clear that not all are created alike as the growing demand for gaming PCs is bringing with it plenty of changes to the design and form factor of desktops while opening up opportunities for brands,” added IDC senior research analyst Jitesh Ubrani, in a prepared statement.