Is The Expense of Satellite Broadband Economical 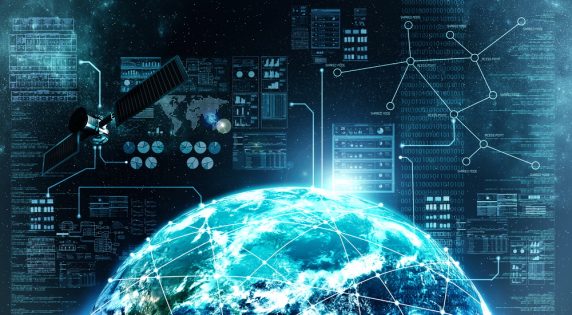 As seen on: Pots and Pans by Douglas Dawson

When we first heard of the possibility of broadband from low-orbit satellites, there was a lot of speculation that the technology could bring affordable broadband to the masses around the globe. The latest announcement from Starlink shows that affordable broadband is probably not coming in the immediate future.

Starlink announced a premium tier of service with a $500 monthly fee for 150-500 Mbps. The receiver has a one-time cost of $2,500. The product offers faster speeds by doubling the size of the receiving area of the receiver. These prices are a big step up from the current Starlink broadband product that offers 50-150 Mbps service for $99 per month with a $500 fee for the receiver.

I’ve been thinking about the issues faced by a satellite constellation owner in trying to recover the cost of the network to make a profit. At current costs, it’s incredibly expensive to launch Starlink satellites. It’s rumored that it currently costs about $60 million for one launch that can place 49 satellites into orbit. That’s a cost of over $1.2 million per satellite before considering the cost of the satellite hardware. But this cost is supposed to be dropping due to the ability to reuse rocket components, with near-future costs soon to be around $30 million per launch. That would still mean a cost per satellite of $600,000 each. Elon Musk says his goal is to get the cost per launch down to $10 million, and that would still mean a launch cost per satellite of over $200,000.

These costs wouldn’t be bad if the satellites had some longevity, but it’s estimated that low-orbit satellites will remain in orbit from 5-7 years, meaning a satellite owner must recover its launch costs in a relatively short period of time.

This is not to say that Starlink can’t make money, and I have to assume that the current prices are set so that the company can become profitable. But it’s hard to imagine lowering prices until a satellite company has a large enough customer base to cover operating costs and the continued cost of replacing satellites.

Starlink also admits that it is subsidizing the home receivers it sells for $500. But with mass production, that cost is likely to plummet. But for now, it’s one more financial hurdle to overcome.

The other component of cost to consider is the cost of backhaul. In the U.S., it will be easy for Starlink to build a series of earth stations that can download and upload data with the satellite constellation. We have fiber backhaul routes crisscrossing the country, and there are numerous carriers willing to negotiate good prices with Starlink for connecting earth stations to the Internet.

But this is not going to be so in much of the rest of the planet. Consider places like inland Africa where there are far fewer fiber middle-mile routes, and where the amount of bandwidth is limited and expensive. Lack of backhaul could make it a challenge to operate in markets like Africa.

There are also countries that will block Starlink or that might impose big license fees to deliver the broadband. China is unlikely to allow broadband connections that bypass the Great Firewall of China. India is discussing license fees with Starlink, and could make it expensive to do business there. Those two countries alone contain 36% of the world’s population.

The last complexity faced by any satellite broadband company will be competition from other satellite owners. It’s likely that within five years that we’ll see worldwide coverage from Starlink, OneWeb, and Project Kuiper – and other companies and countries are considering satellite constellations. The industry math will quickly get challenging if there is any downward pressure on prices through competition. Starlink is only going to be able to sell $500 premium connections if no other satellite company offers something less expensive.

Elon Musk has said many times in the last year that there is no guarantee of financial success at Starlink and that the company could easily go bankrupt. The company must be losing money during this early beta stage, but that’s experienced by all new ISPs. Let’s also not forget the stated original reason for funding Starlink. The goal was to create a cash cow that would spin off the funding needed to settle Mars. The need to generate cash isn’t going to tempt the company to have affordable rates. There is a lot of moving parts to operate a satellite business, with many of the long-term costs still unknowable. It will be interesting watching the satellite companies figure out the business on the fly.