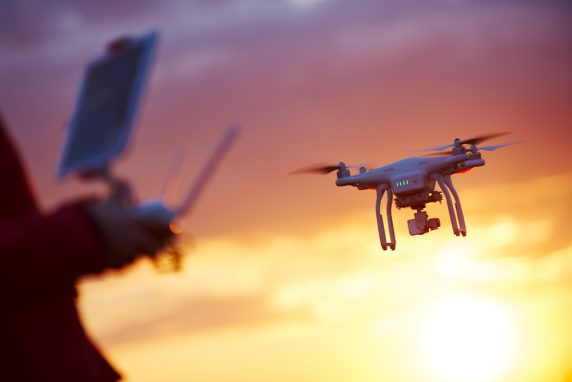 The partners will examine issues that interfere with safe drone flight, examining how drones react to obstacles in their path, with testing occurring at Virginia Tech’s drone park.

The park is the tallest of its type and is a joint venture of the Virginia Tech College of Engineering, the Office of the Executive Vice President and Provost, and the Institute for Critical Technology and Applied Science. The Virginia Tech Mid-Atlantic Aviation Partnership (MAAP), works with numerous federal and national partners, including Wing, State Farm and NASA.

According to a press release, the drone research, testing and development is highly depending on 5G connectivity, which is critical for cybersecurity, autonomous systems and artificial intelligence and is an important area of research for the initiative, said Luiz DaSilva, Commonwealth Cyber Initiative, which is working closely with the consortium.

“We have been involved from the start in the planning of some of the first experiments of the consortium,” DaSilva said, in a prepared statement. “These experiments are planned to demonstrate 5G connectivity to drones in Virginia Tech’s drone park in Blacksburg, Virginia, and the consortium will use CCI’s 5G testbed equipment and personnel.”

“Virginia Tech’s role in the consortium further amplifies that the university is a destination for the research, testing, and innovation with drones connected through 5G wireless communications,” said Dan Sui, vice president for research and innovation at Virginia Tech, in a prepared statement. “By strengthening our work with government and industry, Virginia Tech will help drive workforce development in the commonwealth, broaden the 5G ecosystem in the United States, and promote convergence research on the global scene.”