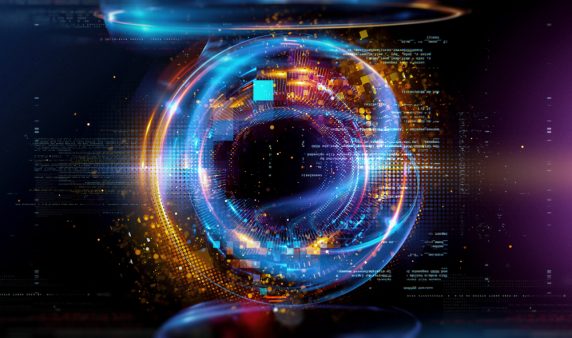 Purdue University has taken a step toward solving one of the many challenges in making it possible to network quantum computers to create a quantum internet.

Quantum computing processes data that is defined by special “quantum” states. These include phenomena described as superposition or entanglement. Quantum computers process information much differently than traditional computers and can process vast numbers of computations, significantly more so than even so-called supercomputers of today. For quantum computers to connect with each other, we need a quantum internet.

Quantum science and quantum mechanics are intensely sensitive because they depend upon entanglement, the ability of photons to maintain a fixed relationship with one another no matter how far apart they may be – something Albert Einstein famously described as “spooky action at a distance.”

The step taken by Purdue — which is working with Joseph Lukens, a research scientist at Oak Ridge National Laboratory — is the creation of a wavelength-selective switch that simplifies the process of interconnecting participants and can adjusting bandwidth as needed.

“We show a way to do wavelength routing with just one piece of equipment – a wavelength-selective switch – to, in principle, build a network of 12 to 20 users, maybe even more,” Weiner said in a story at the university’s website. “Previous approaches have required physically interchanging dozens of fixed optical filters tuned to individual wavelengths, which made the ability to adjust connections between users not practically viable and photon loss more likely.”

The method, which was described in a paper published in Optica, involves changing the rate at which entangled photons are shared between users. The goal is to create a system in which a large number of quantum computers, quantum sensors and other quantum technology can more easily interconnect.

The team currently is building networks using this method with funding from the U.S. Department of Energy, the National Science Foundation and Oak Ridge National Laboratory.