Report: Nearly Half of TV Customers are Cordless 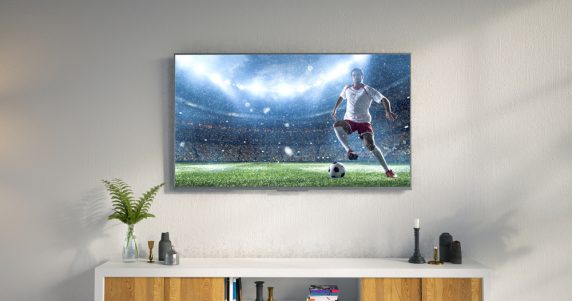 Nearly half (47%) of American TV viewers have cut the cord – or never had the cord to begin with, according to a new report from The Trade Desk. Of those with cable, 44% are considering cutting the service in the next 12 months.

The Trade Desk, a digital media and advertising buying agency, credits sports programming with preventing a faster increase in cord cutting during the COVOD-19 pandemic. The reprieve seems to be temporary, however, as an increasing amount of sports programming is becoming available via streaming.

According to the survey, nearly half of viewers (44%) who watch sports are choosing a primary viewing source outside of linear TV. For viewers aged 18 to 34, the figure increases to 65%.

“We are entering a new TV normal, where new streaming viewing models sit side by side with traditional TV formats,” said Tim Sims, The Trade Desk chief revenue officer, in a prepared statement.  “From an advertiser’s perspective, this shift presents a tremendous opportunity. They can reach those streaming TV viewers with more precision and accuracy than ever because they can apply data to those TV campaigns in a way that’s not possible with linear.”

The study showed that more U.S. consumers watched streaming content with ads (44%) than without (33%).

In a related, but separate, survey, The Trade Desk discovered that advertisers are recognizing the consumer shift and are moving more business to cordless television as a result.