Have Energy Efficiency Programs Gone Too Far For Utilities? 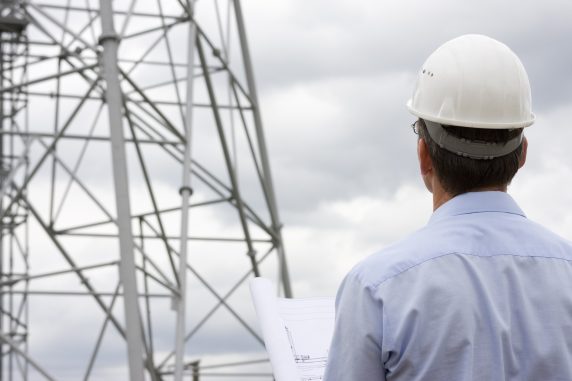 As the cost of creating new generation has become more expensive, and as it has also become more difficult to site new generation (especially coal and nuclear) as a result of federal and state hurdles, more and more utilities have invested a significant amount of time, money and expertise in helping reduce energy demand. The idea of course: If they can reduce demand, then the need to build new generation can also be reduced.

One of the most widespread and successful initiatives, which began to gain traction over 30 years ago, has been for utilities to set up energy efficiency programs, including consulting services and rebates for their residential, commercial and industrial customers.

These days, however, a few utilities are starting to take note of the fact that maybe things have gone too far. As they begin to experience declining loads and revenues from the impact of these energy efficiency programs, and as more and more customers opt for customer-sited generation (especially roof top solar), utilities are legitimately questioning whether they should continue to invest resources to help customers become even more energy-efficient, the results of which would allow customers to reduce their utility bills even more, and thus also reduce loads and revenues for the utilities even more.

In a November 2017 press release, two Kentucky utilities (Louisville Gas and Electric Company and Kentucky Utilities Company) announced that, as a result of their energy eﬃciency programs, they have been able to oﬀ set roughly the same amount of energy that would equate to building a new power plant. “The programs were designed to help change customers’ behavior in regards to using energy more wisely,” said David Huﬀ , director of energy eﬃciency and emerging technologies for the two Utilities  (which are owned by PPL Corporation). “Through their combined use of more energy-eﬃcient appliances, devices, and lighting in homes and businesses, customers have saved money and energy.”

The press release went on to add that, “Because of a variety of factors that include the abundance of more energy-eﬃcient appliances, devices, and lighting in homes and businesses, some of the existing programs are no longer cost-eﬀective.” In addition, demand has continued to remain essentially ﬂat for the utilities. With that in mind, the utilities are petitioning the Kentucky Public Service Commission to allow many of their energy eﬃciency programs to expire at the end of 2018.
“Today’s average customer is much more energy-eﬃcient than when we ramped up our program oﬀerings years ago,” said Huﬀ . “Coupled with the fact that we do not need to oﬀ set additional capacity in the immediate future, the cost of continuing to oﬀ er some of our existing programs simply outweighs the beneﬁts to our customers.”

Another electric utility, the behemoth Knoxville-based Tennessee Valley Authority, announced in early December 2017 that, as of January 1, 2018, it would no longer be oﬀering certain energy
eﬃciency rebates to customers, including those for upgrades made to windows and doors. The rebates are part of TVA’s “eScore” program. “As we do every year, we review the eScore program to make sure we are focusing on incentives that oﬀ er the maximum beneﬁt,” said Scott Brooks, a TVA spokesperson. “Windows and doors turned out to be something that most people would do regardless, so we are discontinuing that incentive.”

Action is taking place further west, too. In May 2017, Tucson Electric Power stopped oﬀering energy eﬃcient rebates to commercial customers (including apartments) as a result of running out of money for the program. At that point, energy eﬃciency rebates were limited to residential customers, with funding continuing to be available “until the end of the year or un? l those funds run out,” said Joe Barrios, a spokesperson for the utility. In addition, the utility pared back the incentives that would be available for speciﬁc residential energy eﬃciency measures (e.g.: reducing “smart” thermostat rebates from $50 to $35, and heat pump rebates from $1000 to $850). The utility explained that it ran out of money for the program because a surcharge that it was allowed to charge customers in 2016 expired in 2017, leaving a shortfall of funding for the energy eﬃciency programs.

In addition, according to a December 2017 article in Arizona Capital Times, Arizona Public Service is petitioning the Arizona Corporarion Commission to allow it to cut back on its energy eﬃciency programs.

But these measures may just be the start. According to Greentech Media, the White House is looking at ways to scrap or signiﬁcantly reduce a number of energy eﬃciency programs, including Energy Star, the Low Income Home Energy Assistance Program, and the Weatherization Assistance Program, which would reduce or eliminate Federal dollars for these initiatives.

Finally, as utilities continue to assess their bottom lines and try to make sense of how to remain proﬁtable as demand for energy continues to decrease, TVA announced in December 2017 that it is proposing a rate change that would penalize certain customers for excessively low energy usage. “Today, consumers can lower their bills through energy eﬃciency and even make some of their own energy,” said Cass Larson, TVA’s vice president of pricing and contracts. “Power companies that don’t adapt and reinvent themselves won’t be able to ensure the safety, reliability and resilience consumers have come to expect.” TVA is currently discussing these options with the distribution utilities which it serves in its territory.

Part of what is behind TVA’s proposed rate change is the fact that TVA’s load and revenue have both decreased in recent years. “That’s the result predominantly of energy eﬃciency standards coming out of DOE,” said John Thomas, chief ﬁnancial oﬃcer for TVA. “TVA does not need additional generation, because the losses are linked to load reduction.” He added, “As technology advances and allows homes and businesses to use less and less electricity, usage-based rates may not cover the costs of maintaining the grid for long. We need to recognize how important grid services are for those using new technology and ensure our pricing model protects the reliability and resilience that the grid oﬀers.”

“Thomas’s comment that ‘usage-based rates may not cover the costs of maintaining the grid for long’ is important,” said Phil Carroll, P.E., vice president, Power Group, for Finley Engineering. “Historically, utilities have had low service availability charges, and covered costs through usage and demand charges. However, as demand and usage continue to decrease, it is increasingly diﬃcult for utilities to cover their margins.” According to Carroll, utilities need to begin educating their consumers and addressing the cost to have a service connection. For example, consumers pay larger ﬂat fees for cell phones, the internet, etc., and don’t think anything of it. “Electric service providers will need to move in that direction, too, if demand and usage trends continue on the current path,” he said.