Are Gas-Fired Peaking Plants on the Way Out? 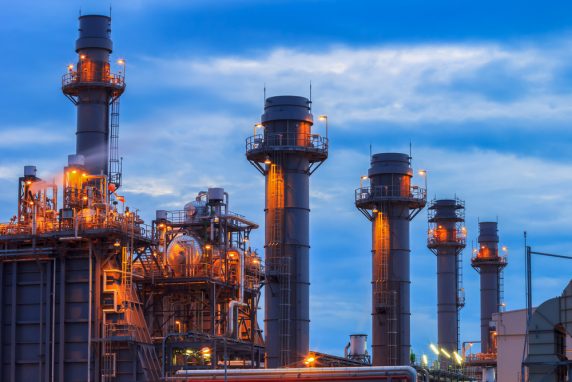 The electric utility industry has seen very significant changes in the last decade, especially with the advent of renewables and other technologies that facilitate energy efficiency. The latest projection is that, before long, natural gas-fired peaker plants will be replaced by “solar plus storage” technology.

To date, “solar plus storage” has been a very effective strategy for utilities that want to guard against short, intermittent outages or to stabilize voltages, in that the technology can “keep the lights” on for a few minutes.

More recently, though, “solar plus storage” technology has been advancing such that it is capable of powering the grid for a few hours, rather than just a few minutes. As a result, industry observers see a day in the not too distant future when utilities will be relying more on “solar plus storage” to handle peak demands (such as afternoon spikes in demand on hot summer days) than on the traditional gas-fired peaker plants.

A February 13, 2018 article in the Wall Street Journal looked at this trend, noting that, “Giant batteries charged by renewable energy are beginning to nibble away at a large market: the power plants that generate extra surges of electricity during peak hours.” It went on to note that peaker plants are now becoming vulnerable to “inroads from lithium-ion batteries, which have fallen in price in recent years, and are emerging as a competitive alternative for providing extra jolts of electricity.”

But it is not only the ever-lowering prices of “solar plus storage” that is making the technology more attractive. It is government directive. In late February 2018, the Federal Energy Regulatory Commission (FERC) unanimously approved Order 841, which, according to GTM Research, “opens the floodgates for storage participation” in wholesale power markets. Order 841 directs operators of RTOs and ISOs to come up with market rules for energy storage to participate in the wholesale energy, capacity, and ancillary services markets that recognize the physical and operational characteristics of the resource.

Neighboring Tucson Electric Power recently signed a power purchase agreement for a “solar plus storage” project that is “significantly less than $0.045/kWh over 20 years,” said Carmine Tilghman, senior director of energy supply for the utility. He added that he believes that the solar portion of the PPA is “the lowest price recorded in the U.S.” The project, being built by NextEra Energy, calls for a 100 MW solar array and a 30 MW, 120 MWh energy storage facility.

And, in Long Beach, California, Fluence Energy (a joint venture of AES Corp. and Siemens AG) is building a battery array three times the size of the Tucson project, making it the largest lithium-ion battery project in the world.

A third driver of the explosive growth of “solar plus storage,” in addition to reduced pricing and the new FERC order (which has been in discussion since 2015), is the current 30 percent investment tax credit, which is in place for both solar and storage when they are combined.

A fourth driver is that several state governments are encouraging the introduction of “solar plus storage” as a way to reduce dependence on gas-fired peaker plants. In December 2017, for example, the California Public Utilities Commission issued a resolution that would direct Pacific Gas & Electric to open competitive solicitations for distributed energy resources (primarily energy storage) to cover grid capacity and voltage needs that are currently being served by three gas-fired peaker plants in the northern part of the state.

A recent report by GTM Research noted that, “Over the past five years or so, California’s push to replace natural-gas power plants with a portfolio of solar PV, batteries, thermal storage, demand response, and energy efficiency has grown from an experiment to a cost-effective reality.”

And it is not just states in the Southwest that are moving away from dependence on gas-fired peaker plants. New York, Massachusetts, and Oregon are all introducing directives and mandates designed to encourage the growth of “solar plus storage” projects.

The trend, of course, is of concern to the natural gas industry. A representative of the American Petroleum Institute (API), a lobbying group representing natural gas producers, noted in the Wall Street Journal article that the API “applauds batteries,” but believes they should compete on a level playing field, pointing to the still-in-existence 30 percent investment tax credit available to “solar plus storage” projects. “It appears that battery technology is now ready to compete in the market,” said the API spokesperson. “This means the financial support provided by governments intended to encourage the development and deployment of the technology can be eliminated.”

And, of course, it still remains to be seen what the Administration’s new 30 percent tariff on imported solar panels will have on the price of “solar plus storage” projects.

If you are interested in learning more about this concept and solution at your company, please contact us for more information and consulting to assist you in meeting the challenges of being an reliable and affordable energy provider. p.carroll@finleyusa.com