A “Triple-Intersection Challenge” for Electric Utilities 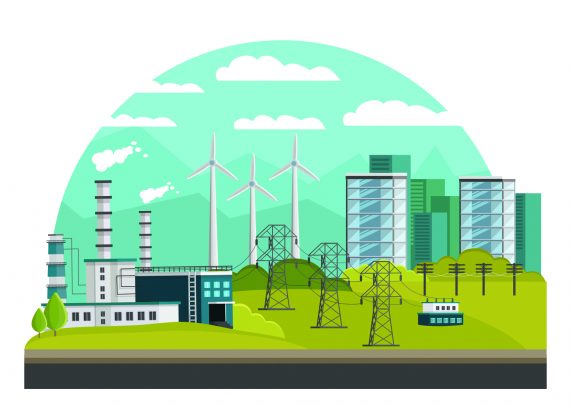 Utilities are facing a number of challenges these days, one of which is a looming trifecta of interconnected issues related to the reduced demand for grid-generated electric power in general, the fact that more and more power generation is becoming intermittent because of the growth of renewables, and that, in spite of these first two challenges, utilities still need to find ways to meet peak demand needs.

Utilities that fail to successfully navigate this delicate nexus will struggle to remain efficient, effective, reliable, productive, and profitable.

Reduced Demand: The American Council for an Energy Efficient Economy (ACEEE) reports that energy usage in the U.S. has been declining at a rate of one percent in the last two years, while gross domestic product (GDP) has increased 4.25 percent. Usage has been decreasing for a number of reasons, including:

– customer-sited energy efficiency improvements that have been increasing in recent decades,

– the increase of customer-owned generation (such as rooftop solar and community microgrids), and

– structural changes in the economy, such as a growing service sector and shrinking industrial sector.

As a result of the declining demand for energy, the overall utilization rate for the electric grid in the U.S. averages less than 50 percent.

Peak Demand: At a recent DOE Energy Information Administration (EIA) conference, Alex Laskey, the founder of Opower, a cloud-based software company that serves the utility industry, noted that one percent of the hours of the year (roughly four days a year) are responsible for 20 percent of total electric costs. “The hottest hours, hottest days, are responsible for 20 percent of the cost of maintaining and distributing electricity in this country,” he said.

Intermittent Generation: As noted, the amount of intermittent generation (such as solar and wind) is continuing to increase, and signs point to more of the same in the future. For example:

– And, according to a recent report by the EIA, wind power will surpass hydroelectric in 2018 as the largest share of renewable energy.

So, how can utilities address this trifeca of interrelated challenges? As relates to the link between reduced demand on most days and the continuing need to meet occasional peak load demand, Laskey suggested that utilities need to begin focusing attention on finding ways to increase the utilization rates of their generation. They can accomplish this without having to create completely new infrastructure. That is, they can rely on their existing infrastructure, and focus attention on making that infrastructure more intelligent.

Laskey encouraged industry executives to begin thinking of their utilities in the same way that Airbnb came up with the idea of turning empty homes into rentals, and that Uber turned idle vehicles into vehicles for hire. In fact, he sees a major opportunity for utilities to do for electric power what Airbnb has done for building utilization rates, and what Uber has done for vehicle utilization rates.

One example of the concept in action is Opower’s partnership with Baltimore Gas & Electric (BGE), which created a program designed to focus on reducing peak demand. The day before an anticipated peak event, BGE relays this information to Opower, which then sends messages to BGE customers by phone, email, or text noting that, if they find ways to save energy between 1PM and 7PM on that following day, they will be able to save money on their next bill. The program is working. According to Laskey, PJM (the RTO with which BGE is affiliated) reports an average of 18 percent reduction in peak demand. And, the program is on track to save BGE customers $1 billion in the first ten years.

But this is only the beginning of what technology can do to better manage demand despite reduced general demand, peak demand needs, and intermittent generation. In a recent report, Navigant Research discussed the “neural grid,” a concept that goes beyond the “smart grid.” The “neural grid takes the world’s largest machine – the grid, and gives it a brain,” said the report. The “neural grid” platform is an autonomous grid that leverages artificial intelligence (AI), connectivity, the cloud, robotics, and sensing technologies across grid and non-grid energy assets. “The neural grid supports ubiquitous automation, self-healing, seamless DER integration, customer engagement, and the integration of dispersed markets for transactive energy,” said the report. In sum, in the “neural grid,” data and intelligence would reside largely in the cloud, managing the intersection of generation assets and distribution networks with residential customers, buildings, city systems, distributed energy resource assets, and more.

In addition, other new technologies are being introduced to help the nation’s electric grid better manage the balance between utilization and reliability in light of the explosive growth of intermittent renewable generation. One solution that has been proving its worth, especially in the past couple of years, has been the increasing popularity of utility-scale battery storage.

In addition, engineers at Stanford University and the University of California-Berkeley recently announced new methods to “keep the lights on” as the world continues to shift toward 100 percent clean, renewable energy. One strategy involves predicting global weather patterns, thus helping to predict the amount of energy that can be produced by wind and solar. Another involves integrating intermittent renewables such as solar and wind with more stable renewable generation (geothermal power plants, tidal and wave devices, hydroelectric power plants, and geothermal reservoirs). The third involves the strategic integration of large-scale energy storage.

Noting the importance of balancing utilization with reliability, Mark Delucchi, a UC-Berkeley researcher involved in the Stanford project, noted, “One of the biggest challenges facing energy systems based entirely on clean, zero-emission wind, water and solar power is to match supply and demand with near-perfect reliability at reasonable cost. Our work shows that this can be accomplished, in almost all countries of the world, with established technologies.”

Of course, as all of these challenges, demands, and opportunities continue to unfold, utilities can rely on Finley Engineering to keep them apprised of the latest strategies that make the most sense for their individual needs, in terms of ensuring the most efficient, effective, reliable, productive, and profitable business models possible.