Improving Electric Infrastructure: Don’t Throw the Baby Out with the Bathwater 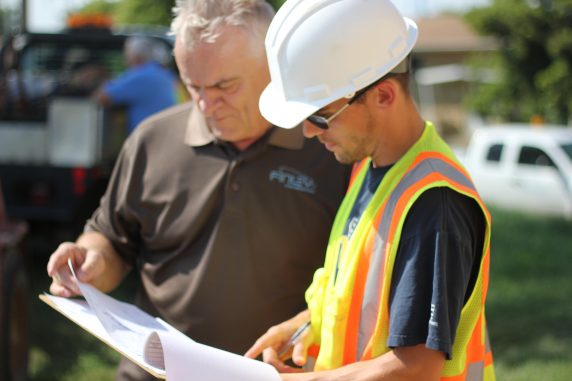 The electric grid’s infrastructure is not perfect by any stretch of the imagination in terms of being able to meet all of modern society’s needs for completely reliable, resilient, on-demand, and secure electric service. However, while there are those who suggest that the whole thing needs to be replaced with “all new everything,” clearer heads point out that the majority of the desired results can, in most instances, be achieved through thoughtful plans that are focused on strategic repair, upgrades, and additions.

The much-publicized “2017 Infrastructure Report Card,” published by the American Society of Civil Engineers (ASCE), graded the nation’s energy infrastructure as a D+, noting that, “Much of the U.S. energy system predates the turn of the 20th century. Most electric transmission and distribution lines were constructed in the 1950s and 1960s with a 50-year life expectancy, and the more than 640,000 miles of high-voltage transmission lines in the lower 48 states’ power grids are at full capacity. Without greater attention to aging equipment, capacity bottlenecks, and increased demand, as well as increasing storm and climate impacts, Americans will likely experience longer and more frequent power interruptions.” The report added that, “Between 2003 and 2012, weather-related outages, coupled with aging infrastructure, are estimated to have cost the U.S. economy an inflation-adjusted annual average of $18 billion to $33 billion.”

One of the ASCE’s recommendations for improving the electric infrastructure is to increase new and rebuilt distribution lines’ minimum design loads for ice, wind, and temperature in order to improve reliability and public safety, and reduce inconveniences associated with power outages. It also suggested promoting the use of remote sensing and inspection technologies in order to lower the cost of system monitoring.

Again, while there is no question that the grid is in need of improvement, a recent article in NRECA’s Rural Electric Magazine challenged the D+ grade, noted that, “The overall state of the nation’s power grid is the subject of debate.” For example, it noted that analysts who follow the industry closely believe the situation is much less dire than the ASCE’s D+ grade. “The study, they say, fails to take proper account of upgrades and modifications continually being made across the grid.” The article added that NRECA members have generally been diligent about maintaining the distribution system, substations, and other assets at the heart of their systems, and that electric cooperatives have been among the leaders in implementing smart grid technology, improving both the reliability and efficiency of the system.

A June 2017 report, “Rebuilding America’s Infrastructure,” published by the Manhattan Institute, noted that America’s electric sector faces two revolutionary changes. One is the emergence of “smart systems” that are designed to improve control and distribution of power across the grid. The other is the pressure to add more episodic (wind and solar) power that requires “smart systems” linked to the Internet. The report noted that information and communication technologies are now migrating to an Internet of Things (IoT) environment that can also act directly in the physical world. “This ‘cyberphysical’ transformation holds the potential for greater efficiencies, convenience, reliability, safety, and predictability,” said the report. It also went on to note that, “Ultimately, technology will permit America’s electric grids to operate in a fashion more akin to the Internet. One day, the grid will be nodal, interactive, and highly controllable with smart power-flow routing, microgrids, solar energy, and batteries all playing a role.” All of these improvements can take place by adding things to, not completely replacing, the existing grid.

Work continues to take place in upgrading grid infrastructure. A new report from DOE’s U.S. Energy Information Administration (EIA) noted that, “Spending on infrastructure to deliver power to homes and businesses has increased steadily over the past ten years, as utilities build, upgrade, and replace station equipment, poles, fixtures, and overhead lines and devices.” In fact, according to the report, the utilities that generate about 70 percent of total U.S. electric load spent about $21 billion on capital additions in 2016 alone. Much of this work involved upgrades and replacements, system hardening and resiliency, improvements to comply with reliability and security standards, and expansion of lines in order to integrate renewables.

However, all of this discussion on how the infrastructure needs to be improved and on how money needs to continue to be spent to do so begs the question: Where will the funding come from?

A November 2017 report, “Rebuilding America’s Infrastructure,” published by the Problem Solver’s Caucus, a consortium of eight bipartisan members of the U.S. House of Representatives, noted that, “(D)ue to years of underinvestment and deferred maintenance, America is no longer keeping pace and continues to fall behind many countries. By some estimates, the funding gap may be as high as $2 trillion by 2025 across all sectors of American infrastructure.” (Important note: This report focuses on all U.S. infrastructure, not just the electric grid.) The report offers a number of strategies designed to provide funding and other resources to improve the electric grid in specific. One of these is that Congress and the Administration should continue to support Rural Utility Service (RUS) loan programs that provide infrastructure improvements to rural communities. Another is that funding should be maintained for DOE’s power grid modernization efforts through grants to DOE’s National Labs and partners in order to support R&D into grid technologies that will improve efficiency, responsiveness, and capacity to deliver electricity.

For over a year, the nation has been hearing about Administration plans for a $1.5 trillion infrastructure spending program. The program, however, remains in limbo. Much of the pushback coming from Congress relates to the fact that, while a lot of infrastructure funding in the past (such as the nation’s Interstate highway system) was based on an 80-20 formula, with the federal government investing 80 percent of the funds and the states investing the remaining 20 percent, the Administration’s plan is for the reverse to occur – with states having to find ways to come up with 80 percent, with the federal government being responsible for only 20 percent.

However, progress is taking place in other ways, ways that are often too small to make national headlines. For example, the U.S. Department of Agriculture recently announced that it will invest $2.5 billion in electric infrastructure improvements in rural areas. And, in March 2018, the USDA announced a specific $276 million investment in that infrastructure. In announcing the funding, Secretary of Agriculture Sonny Perdue noted that, “Investing in our nation’s electric infrastructure is fundamental for rural economic growth. USDA’s longstanding partnership with rural electric cooperatives helps ensure that rural areas have affordable, reliable electric service. These investments also increase efficiency and productivity for businesses and residents, and support the quality of life in rural America.” Besides building nearly 1,000 miles of new lines, the funding is earmarked to improve 733 miles of existing lines and add more smart grid technologies to the existing rural infrastructure, including smart meters, substation automation, computer applications, two-way communications, and geospatial information systems.

In sum, it is unlikely that the nation’s electric grid will ever be completely rebuilt from scratch, and it is unlikely that all of the money necessary to expand and improve the existing grid will show up all at one time. The effort that makes the most sense is for utilities to identify areas within their infrastructure that are in most need of improvement, upgrading and modernization, and then identify the most viable sources of funding for those projects. And, as always, Finley Engineering is available to provide assistance in these plans and efforts.