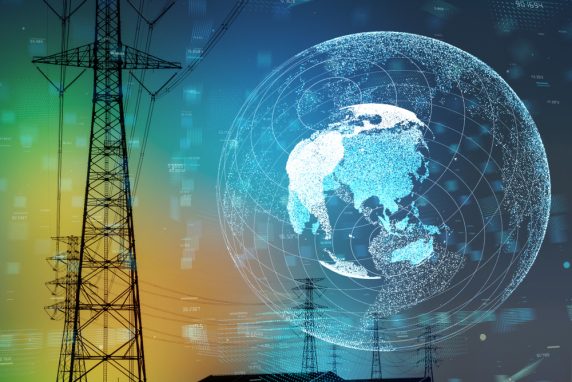 According to a March 2018 report, “Broadband Loan and Grant Programs in the USDA’s Rural Utilities Service,” prepared by the Congressional Research Service for members of Congress, concern has been raised over the “digital divide” between rural and urban or suburban areas with respect to broadband deployment. “While there are many examples of rural communities with state of the art telecommunications facilities, recent surveys and studies have indicated that, in general, rural areas tend to lag behind urban and suburban areas in broadband deployment,” said the report.

Is the “digital divide” a problem? According to the USDA, “Access to broadband has become essential for the social and economic benefits it provides to American residents, businesses, governments and communities. Broadband is crucial for increased health, educational, and economic opportunities, as well as for job and business creation and growth. Broadband can help close the digital divide between rural and urban communities.”

And, in a recent report, “Rebuilding America’s Infrastructure,” the Problem Solvers Caucus, a consortium of eight bi-partisan members of the U.S. House of Representatives, noted, “(A)ccess to the internet is essential to participate in our economy and our democracy. We need a

national commitment to ensure that every American can connect to the internet, and that commitment needs to be on the same order as our country’s commitment to rural electrification in the 1930s.”

What is needed in specific? According to Brian Whitacre, an agricultural economist at Oklahoma State University, in an interview for Roll Call, a news source for Capitol Hill, data speeds of about 10 megabits per second are sufficient for routine tasks such as homework and downloading videos. However, he said, rural residents will need at least 25 Mbps for advanced services, such as remote health care and business applications like teleconferencing and data analysis.

Citing the lagging deployment of broadband in many rural areas, Congress and the Administration acted in 2001 and 2002 to initiate pilot broadband loan and grant programs within the Rural Utilities Service (RUS) of the U.S. Department of Agriculture. Subsequently, Section 6103 of the Farm Security and Rural Investment Act of 2002 amended the Rural Electrification Act of 1936 to authorize a loan and loan guarantee program to provide funds for the costs of the construction, improvement, and acquisition of facilities and equipment for broadband service to eligible rural communities.

Currently, the RUS is home to a number of programs created and dedicated to financing broadband deployment:
– The Community Connect Grant Program.
– The Farm Bill Broadband Loans & Loan Guarantees Program.
– The Telecommunications Infrastructure Loan and Loan Guarantee Program (formerly the Telephone Loan Program).
– The Distance Learning and Telemedicine (DLT) Grants program. While not supporting connectivity, this program does fund equipment and software that operate via telecommunications to rural end users of telemedicine and distance learning applications.

RUS notes that loan programs are available to build broadband networks and deliver service to rural households and businesses by providing access to capital for rural telecommunications companies, broadband providers, wireless companies, and fiber-to-the-home providers. Grants, on the other hand, are reserved for communities with the highest need.

Recently, there has been a push by some lawmakers on both sides of the aisle to upgrade the RUS program, which historically has provided about $600 million a year in funding to build networks. The proposal calls for $4 billion in annual high-cost operating subsidies, which would be financed by telephone bill fees. Under the plan, the subsidies would help providers get private loans, and the FCC would decide where to direct those funds. Approximately one-third of this money would go directly to the RUS, and the remaining two-thirds would be channeled through the FCC, which could use the money for programs not solely aimed at rural broadband.

In addition, there are currently over a dozen new bills in Congress aimed at streamlining state and local regulatory reviews, as well as requiring broadband programs run by the USDA and the FCC to provide equal access to operators of wired networks and wireless broadband. One concern, however, according to Roll Call, is that, while these bills are focused on 4G wireless networks, the industry is quickly moving ahead with 5G. “Widespread use of the technology depends on so-called smart cells, or nodes, every few hundred meters,” said the article. “Rural areas aren’t likely to have enough customers to meet the cost of such capital investment.” However, Peter Rysavy, an Oregon-based wireless consultant, predicted in the article that 5G will come to many rural areas by the 2020s, and “reach significant penetration over the decade,” with bigger cells several miles apart.

Another development that highlights growing interest in rural broadband is the appointment of Kenneth Johnson, general manager and CEO of Co-Mo Electric Cooperative (Tipton, Mo.) to the role of administrator of the RUS. In response to the appointment, the National Rural Electric Cooperative Association (NRECA) noted, “We are excited and thrilled that Ken has been selected to lead the RUS program. Electric cooperatives have a storied history of working with RUS to power the rural American economy.” Johnson, in his remarks, noted, “I’m looking forward to working with the administration on infrastructure, primarily helping to close the digital divide between urban and rural America. Rural Americans need high-speed broadband. It’s a necessity in order to live a quality of life that all Americans deserve.”

And in the latest development, the FCC rolled out a $2 billion Connect America Fund Phase II (CAF II) auction, in July 2018, with the aim of expanding wireline and wireless broadband in unserved rural areas.

(Deadline for filing an application was March 30.) The program is focused on offering voice and broadband service in areas where, without government subsidies, there is no business case to either expand or provide service. One key feature of the CAF II auction is that the FCC is providing smaller service providers with a greater chance to compete. “I am pleased that we eased some of the burdens small providers face, including challenging financial qualifications and the use of consultants,” said Mignon Clyburn, an FCC commissioner.

In sum, more and more attention is being focused on the importance of rural broadband, as well as strategies to expand these projects. Rural electric utilities have a tremendous opportunity here, and Finley Engineering can provide assistance in helping these utilities make the most of these growing opportunities.