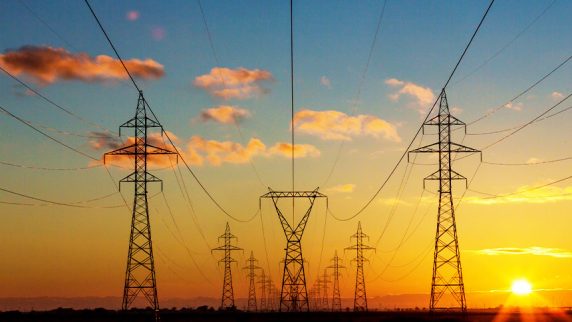 Until about a decade ago, utility ratemaking and the resulting rate structures were determined in a very traditional manner and tended to be based on very traditional needs that utilities had, which had essentially been the same for decades. These included: the increasing costs of fuel (coal, natural gas, etc.); overall operational cost increases; cost of living wage increases and benefits for employees; the cost of recurring system upgrades; the cost of repairs on non-working equipment; the cost of undergrounding certain parts of the infrastructure to eliminate problems associated with poles and lines; and the cost of expanding the utility’s infrastructure to new areas that needed power, as the result of new subdivisions, urban sprawl, etc.

While going through the ratemaking process in order to increase service rates has never been easy for utilities, the challenge has increased significantly in recent years for two very important reasons:

– First, policymakers (legislatures and regulatory bodies) are starting to demand more from utilities that are increasing their expenses significantly.

– Second, at the same time, more and more utilities are experiencing flat, and even declining demand from customers, leading to decreased revenue streams.

More and more federal and state legislative bodies and regulatory agencies are focusing attention on requiring utilities to not only maintain the status quo, but actually create completely new ways of operating their utilities, not only as a way to improve resilience and reliability, but also for environmental reasons.

In sum, utilities are being expected to create “the utility of the future” through a process known as “grid modernization.” And this is creating a whole new set of challenges for utilities as they seek rate increases to cover the costs of these new and expensive projects.

What is “grid modernization”? There are numerous definitions. One of the most widely-cited is the one published by the California Public Utilities Commission in March 2018, in deciding whether a utility-proposed capital expenditure can be justified as a grid modernization investment.

“A modern grid allows for the integration of distributed energy resources (DERs) while maintaining and improving safety and reliability. A modern grid facilitates the efficient integration of DERs into all stages of distribution system planning and operations to fully utilize the capabilities that the resource offers, without undue cost or delay, allowing markets and customers to more fully realize the value of the resources, to the extent cost-effective to ratepayers, while ensuring equitable access to the benefits of DERs. A modern grid achieves safety and reliability of the grid through technology innovation to the extent that is cost-effective to ratepayers relative to other legacy investments of a less modern character.” According to the CPUC, examples include cybersecurity, system hardening, AMI, energy storage, microgrids, etc. (but do not include undergrounding projects or general system maintenance.)

As noted, there are numerous elements of grid modernization. Some of the most significant are cybersecurity, system hardening, smart grid, DER, utility-scale backup, and network communications.

Cybersecurity: As a result of growing concerns over the ability of certain groups or individuals to hack into utility technology, the Federal Energy Regulatory Commission (FERC) has been directing the North American Electric Reliability Corporation (NERC) in recent years to create and roll out a number of measures to utilities designed to ensure the security of their information systems.

System Hardening: As a result of so many incredibly severe storms in recent years, especially hurricanes, more policymakers are requiring utilities to engage in system hardening to improve resilience and reliability during and after the storms.

Smart Grid: There are, of course, numerous elements to the concept of smart grid, the most well-known of which are AMI and demand response. All of these require substantial investments by utilities to allow their system to not only send power over the wires, but communicate back and forth throughout the system.

DER: Partly out of a desire to be more “environmentally friendly,” and partly out of a desire to be less dependent on the grid, more and more customers of all sizes – homeowners, multi-family dwellings, retailers, commercial buildings, government offices, military bases, and industrial facilities – are embracing distributed energy resources (DER), such as installing their own solar (either small rooftop solar or larger “community solar” farms); their own small wind; their own energy storage (home batteries or larger community batteries); and even their own microgrids (which are often solar+battery, with a backup of on-site fuel-powered generation, such as CHP). All of these technologies not only reduce utility incomes (discussed in more depth in Part Two), but also require that utilities be able to monitor the activity of these units, be able to engage in two-way communication, and be able to handle power running in “both directions.”

Utility-Scale Backup: Customers are not the only ones that are embracing solar, wind, storage and microgrids. In an effort to “keep the lights on,” more and more utilities themselves are building their own systems to provide power in case baseload generation is diminished or shut down, or in case transmission or distribution lines to customers are down. A number of utilities are building solar farms, wind farms, massive battery storage facilities, and microgrids. While some utilities are installing these technologies primarily as a way to improve reliability and resilience, others are doing so as a result of state policymaker requirements to improve the environment. In either case, these projects are not inexpensive. Example: In July 2018, California’s PG&E detailed plans for four storage projects totaling almost 570 megawatts, including a 300-megawatt battery installation at a natural gas-fired power plant. The battery, the largest of its kind ever built and installed, would be capable of running for four hours, putting out the same amount of power as the gas-fired plant. In seeking approval from the CPUC, PG&E estimated that it would request about $41.2 million from ratepayers for the project in the first year of its operation.

Network Communications: One of the most often overlooked, but actually one of the most critically important, aspects of “grid modernization” for utilities is the need for network communications and analytics to connect a utility’s system and everything that is part of that system to each other, so that the utility can send directives to the system, monitor activity on the system, and take actions in response to changes that are occurring on the system.

While it seems as though a lot of progress has been made in terms of utilities engaging in “grid modernization,” it may actually only be the tip of the iceberg, according to the latest edition of the “50 States of Grid Modernization,” published by the North Carolina Clean Energy Technology Center. The report notes that 37 states are currently actively engaged in policy actions to modernize the grid at the legislative and regulatory levels. Of most interest, notes the report: “The states that are active seem to become more active and keep expanding the breadth of their efforts and adding new topics and proposing new grid modernization policies. The more they dig into it, the more they find issues that need to be addressed.” That is, there is an overlap in policy activity that is forcing policymakers to understand the grid more holistically and more as a system, rather than as individual pieces. For example, according to the report, addressing AMI introduces questions about access to AMI data by providers of DER, which introduces questions about all DER, including battery storage.

Next: Part Two will look at how utilities are struggling to meet the new requirements of “grid modernization,” while, at the same time, also struggling with flat, or even declining, revenue as a result of lower demand by customers.