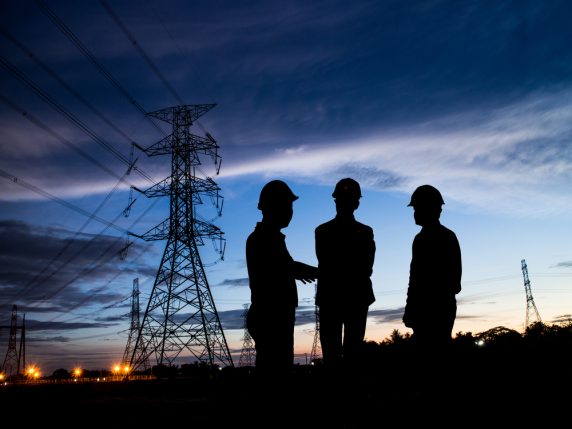 In Part One, we looked at the increasing requirements on utilities by policymakers (legislatures and regulatory bodies) to spend more money to implement “grid modernization.”

Here, we look at the second piece of that puzzle – the challenge that utilities have in doing so, while often facing flat, or even declining, revenue, as a result of reduced demand for utility-generated power by customers.

One might think that Seattle City Light, the nation’s tenth largest public utility, might be looking for ways to create more generation as a result of the population growth. Actually, the opposite is taking place. Another article in The Seattle Times, dated June 14, 2018, noted that massive budget cuts are expected at the utility. A letter of recommendation from a citizen panel to Mayor Jenny Durkan noted, “As a panel, we are ringing the alarm bell; it’s time for the city to place much more focus on controlling the Utility’s costs going forward.” The letter added, “City Light has entered a new reality of declining retail demand that is projected to continue for the foreseeable future.”

Seattle City Light explained the reason: “(T)he trend has been that consumers are using less electricity over time as technology and efficiency improve.” From 2011 to 2015, for example, the average electrical usage for a residence in Seattle dropped nearly 15 percent. “Ultimately, we still have to pay for the poles, wires, transformers that deliver electricity to customers,” said the utility. “Those are the biggest costs for the utility, and those costs aren’t going away even while electricity use is declining.”

And it’s not just residents who are cutting back on their power consumption. It is also businesses and even whole cities and counties. In July 2018, the City of La Crosse (Wis.) reported that it was now using ten percent less energy per year than it did ten years earlier, as a result of energy efficiency measures. La Crosse County did even better, reducing its total kilowatt hours by more than 16 percent from just one year previous. Total savings: over $500,000 for both governmental units.

In sum, not only are utilities trying to recoup the costs associated with the requirements of “grid modernization” (as discussed in Part One) but more and more utilities, often BECAUSE of technological advances, such as customer generation and energy-efficiency programs, are finding their loads flattening, or even decreasing. In sum, while utilities are expected to invest more money in their infrastructure in order to modernize it, at the same time they are dealing with reduced demand for their services.

As noted in Part One, one reason for declining demand is the growth of distributed energy resources (DER). Partly out of a desire to be more “environmentally friendly,” and partly out of a desire to be less dependent on the grid, more and more customers (homeowners, multi-family dwellings, retailers, commercial buildings, government offices, military bases, and industrial facilities) are embracing DER, such as installing their own solar (either small rooftop solar or larger “community solar” farms); their own small wind; their own energy storage (home batteries or larger community batteries); and even their own microgrids (which are often solar+battery, with a backup of on-site fuel-powered generation). All of this technology, of course, reduces utility-generated power demands.

While one of the reasons for the decline in usage is more customer-generated power, the other is more customer energy efficiency. “Investments in energy efficiency have contributed to longer-term declines in residential electricity use,” said the EIA report. “More stringent energy efficiency standards for household equipment such as heat pumps, air conditioners, and lighting are also reducing electricity usage in residences, as older household equipment is replaced by devices that use less energy.” The report also notes the dramatic shift from incandescent light bulbs to LEDs.

Besides Seattle City Light, another utility feeling the effects of reduced demand is the behemoth Tennessee Valley Authority. When the TVA completed its Integrated Resource Plan in 2015, it anticipated there would be no need for major new investment in baseload generation (coal, nuclear and hydro) in the near future, explaining that energy efficiency and DER would hold down demand. Now, TVA is looking to the future, and prospects are even less optimistic. An article in Chattanooga’s Times Free Press noted, “TVA now expects to sell 13 percent less power in 2027 than it did two decades earlier – the first sustained reversal in the growth of electricity usage in the 85-year history of TVA.”

Added to all of this is the fact that more and more customers who are generating their own power (especially solar) are allowed by their states to sell back excess power to the utility. Many of these customers unrealistically expect to be able to resell the power at full retail, not realizing that utilities generate their own power or wholesale-purchase it at significantly less cost, and that the “mark-up” to the end user is necessary in order to cover the cost of infrastructure maintenance, repair, and upgrade, which all customers need.

Finally, in the newest twist, there is even a trend beginning, in which end users with their own solar are finding ways to sell their excess solar to their neighbors. Using blockchain technology, a company in Brooklyn (N.Y.) is creating a consortium that will allow residents of a neighborhood to create their own microgrid, with which they can buy and sell power back and forth to each other. In other words, it seems, power users now have the ability to shift from consuming energy to selling energy – “becoming their own electric utility,” further reducing demand from traditional electric utilities.

In Part Three, we will look at how some new ratemaking models that take all of these challenges into concern can be a “light at the end of the tunnel” for electric utilities caught between a rock and a hard place.