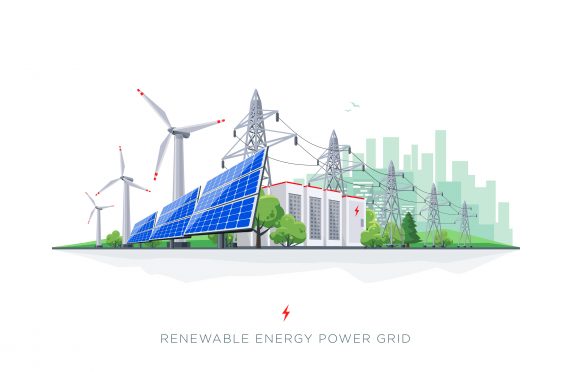 In October 2012, the Electricity Storage Association (now known as the Energy Storage Association) released a report titled, “What Do State Policymakers Know About Energy Storage?” At the time, according to the ESA’s report, the majority of legislators had some knowledge of energy storage, but had not participated in, or even seen, any proposed legislation that included energy storage.

California’s legislation, the Clean Energy and Pollution Reduction Act of 2015, explicitly points to storage as a means to help the state achieve its emissions reduction goals. And this year, the state has two additional pieces of legislation pending, which attempt to spur the use of renewables, energy storage, and demand response.

Connecticut’s legislation mandates the commissioner to seek proposals and order utilities to procure energy storage if and when it is deemed to be cost-effective. Another piece of legislation requires utilities to submit proposals to the state for pilot programs to build, own, and/or operate grid-side system enhancements, including energy storage.

Maryland’s legislature recently passed two bills, one providing a 30 percent tax credit for residential and commercial energy storage investments, the other directing a state agency to draft a regulatory reform report and market incentives that could spur energy storage development.

Nevada’s legislation directs the state’s public utilities commission to study the costs and benefits of energy storage and decide by next year whether it is in the public interest to require utilities to procure energy storage.

Finally, FERC is planning to require that grid operators make it easier for energy storage and aggregated distributed resources to participate in wholesale power markets. In addition, it issued a policy statement attempting to clarify how energy storage resources can recover their costs through cost- and market-based rates at the same time, as a way to remove barriers to energy storage.

All of this seems like just the tip of the iceberg in terms of what possibilities lay ahead with legislative initiatives designed to promote energy storage. In April 2017, the Interstate Renewable Energy Council (IREC) released a new report, “Charging Ahead: An Energy Storage Guide for State Policymakers,” which is designed to provide guidance to state legislators and regulators on how to encourage the growth of energy storage in their states.

“Despite its game-changing potential to transform the electricity system, energy storage is vastly underutilized in the U.S. electricity sector,” said the report. “Its deployment remains hampered by the current features of regional, state and federal regulatory frameworks, traditional utility planning and decision-making paradigms, electricity markets, and aspects of the technology itself.”

It continued: “’Charging Ahead’ aims to address this gap by providing an in-depth discussion of the most urgent actions to take in order to enable viable energy storage markets that effectively empower states to take advantage of the full suite of advanced energy storage capabilities.” “As IREC works in numerous diverse states across the country, we consistently observe that, while the market players are ready to act, the regulatory structure is not keeping up with them,” said Sky Stanfield, a co-author of the report.

“Utility-scale storage has the potential to be a disruptor in our industry, and we are heading in this direction very rapidly,” said Phil Carroll, P.E., Vice President, Power Group, for Finley Engineering. “Utilities should not fight this. It makes a lot more sense to remain forward-thinking – to begin thinking of yourselves as energy providers, not just specifically electricity providers. The focus should be ensuring the flow of electrons as effectively and efficiently as possible.” As Carroll sees it, the ability to monitor flows on the distribution system will be vastly different than the traditional and historical substations and other downline devices to the meters.

“This may involve changing your business model to accomplish this, and storage will likely be an element of this,” said Carroll. “One of the first things you need to do is get a handle on your cost structures and your rates, so that you can be flexible enough to move in this new direction.”
One Midwest utility already moving in this direction is City Utilities of Springfield (Missouri), which, in April, announced a pilot utility-scale energy storage system (ESS) project designed to learn more about the ability of such systems to provide supplemental energy during times of peak usage. “The ESS industry is experiencing tremendous growth due to changes in regulations on coal-fired power plants and increased demand of renewable energy resources,” according to CU’s press release on this project.

How can Finley Engineering help utilities become more familiar with the utility-scale energy storage trend? “One strength we bring to the market is that we have a strong background in the distribution space and understand the specific challenges that distribution utilities face,” said Carroll. “We also understand how utilities can make sure they have the proper infrastructure and equipment in place so they can continue to integrate distributed resources and energy storage into their systems.”
In addition, Finley is able to act as an aggregator, getting the right parties to the table to help utilities move forward in this area.