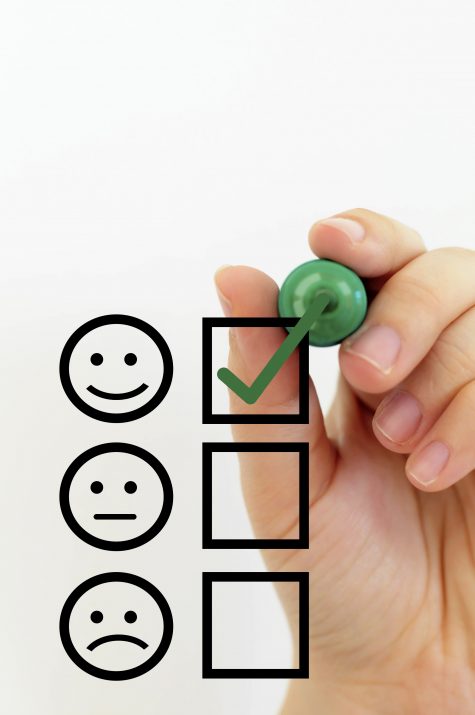 According to the 2017 Infrastructure Report Card, published by the American Society of Civil Engineers, the Energy sector rated a D+, as did Hazardous Waste, Public Parks, Schools, and Wastewater.

In worse shape are Aviation, Dams, Drinking Water, Inland Waterways, Levees, and Roads (all rating a D), and Transit (rating a D-).

The only areas rating better than D+ are Bridges, Ports, and Solid Waste (all rating a C+) and Rail (rating a B).

What is the status of the Energy infrastructure, according to the ASCE? The report covered both Electricity and Oil & Gas. Here, we focus on its assessment of Electricity.

“Much of the U.S. energy system predates the turn of the 20th century,” said the report. Most electric transmission and distribution lines were constructed in the 1950s and 1960s with a 50-year life expectancy, and the more than 640,000 miles of high-voltage transmission lines in the lower 48 states’ power grids are at full capacity. In specific, with more than 640,000 miles of high-voltage transmission lines across the three interconnected electric transmission grids (the Eastern Interconnection, Western Interconnection, and Texas Interconnection), the lower 48 states’ power grid is at full capacity, with many lines operating well beyond their design.

And demand is expected to continue to grow. According to the U.S. Energy Information Administration’s April 2017 report, total retail sale (residential, commercial and industrial) of electricity generation in 2016 was 10.14 billion kWh per day, rising to 10.20 billion kWh per day in 2017, and estimated to rise again, to 10.33, in 2018.

“The resulting congestion raises concerns with distribution, reliability, and cost of service, producing constraints for delivering power from remote generation sites, specifically from renewable sources, to consumers,” said the report. Often a single line cannot be taken out of service to perform maintenance as it will overload other interconnected lines in operation.

In terms of reliability, the report noted that the U.S. energy sector faces significant challenges as a result

of aging infrastructure, including supply, security and reliability, and resiliency issues in the face of severe weather events, all posing a threat to public safety and the national economy.

“As a result of aging infrastructure, severe weather, and attacks and vandalism, in 2015 Americans experienced a reported 3,571 total outages, with an average duration of 49 minutes,” said the report. Between 2003 and 2012, weather-related outages, coupled with aging infrastructure, are estimated to have cost the U.S. economy an inflation-adjusted annual average of $18 billion to $33 billion.

Without greater attention to aging equipment, capacity bottlenecks, and increased demand, as well as increasing storm and climate impacts, the report noted that Americans will likely experience longer and more frequent power interruptions.

Some states have enacted “storm hardening” policies to improve reliability during weather events. One of the most widespread “storm hardening” initiatives occurred after Hurricane Sandy on the East Coast, coordinated in part by FEMA. However, according to the report, are typically influenced by local politics, rather than engineers’ recommendations.

What are the investment needs? “Increased investment in alternative sources of energy for power generation, heating and cooling, transportation, and process industries is needed for a sustainable future, but investment in this area lags, principally due to a lack of federal energy policy,” said the report.

For electricity, including generation facilities and T&D infrastructure, the cumulative investment gap between 2016 and 2025 is estimated to be $177 billion.

Funding is generally not an issue for building new T&D lines, according to the report. At the same time, utilities face considerable pressure to cover maintenance and system upgrade costs through regulator-capped rate increases, and thus struggle to justify more reliable lines or make long-term investments.

Furthermore, there are a number of questions and issues that must be addressed before investment decisions are made. For example:

1 – Where should the investment go? That is, the industry remains in flux. “For example, the EPA was moving forward with the Clean Power, but the new administration has created an executive order to hold that back,” said Carroll. “There is also a lot of uncertainty as relates to baseload generation vs. distributed generation, and the smart grid, all of which are likely to impact investing.”

2 – It is also important not to forget distribution when it comes to investment decisions. “Historically, the focus has been on transmission and bulk power movement, and we have not seen the last of the discussion on whether it should be central baseload generation station or more distributed,” said Carroll. “However, in either case, there needs to be an increased focus on the distribution network, for at least three reasons.” First, more distributed generation will no doubt be located where distribution networks are inadequate to meet the demand. Second, a lot of distribution networks are getting really old and are approaching end-of-life. They will need to be modernized and brought up to current standards and codes. “Third, when you think of the level of sophistication that will need to be implemented so that all of the new technology, such as fiber communications and smart grid, ‘plays well’ together, there is a lot of work that needs to be done on the distribution side,” he said.

3 – There are also a lot of opportunities for the industry as the power world and the communications world begin to merge more, such as broadband, the smart grid, and even smart highways. As a result, there needs to be a discussion of how investment should be handled in these areas.

4 – Finally, since the administration is talking about infusing large amounts of capital into all types of infrastructure and an increasing scrutiny on fiscal responsibility, there is likely to be a lot of lobbying that will take place from different industries. “As a result, it is difficult to determine which industries will end up with more funding, and which with less funding,” said Carroll. “In addition, President Trump’s $1 trillion infrastructure plan for “shovel ready” jobs may be counterproductive to the more long term focus recommended by the ASCE.”

The report identifies a number of suggestions that can be implemented to improve the D+ grade for Electricity. Among them:

– Develop a national “storm hardening” plan that considers investment in T&D and generation systems that withstand storms or that enable rapid restoration of energy supply after storm events.

– Promote usage of accepted engineering standards for all overhead T&D lines and support structures to help ensure safety and reliability.

How can Finley Engineering help you address these issues? The solution is not just about developing specific plans for individual projects. “One thing Finley can do is help clients create a basic roadmap of where they want to take their utility, and then develop an overall strategy on how to get there, including transmission, distribution, and communications,” said Carroll.

“We are now at a true inflection point in the industry,” he said. “Now is the time for bold leadership to be proactive and forward-thinking.”

Phil Carroll, Vice President of the Energy Group for Finley Engineering, has been involved in the electric utility industry for the past 31 years. Managing multi-million dollar projects around the country, Carroll has been responsible for the design of distribution and transmission lines, material specifications, contract administration, final acceptance, and close-outs. He is also a registered Professional Engineer in several states. For more information, you can contact Phil at p.carroll@finleyusa.com.