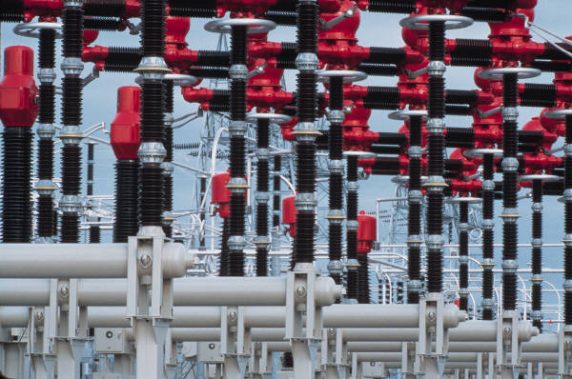 On May 6, six energy companies officially launched Grid Assurance™ an independent company whose purpose is to provide spares for critical electric transmission equipment. By doing so, the utilities hope that the company can enhance grid resiliency by providing electric transmission owners with faster access to long-leadtime critical equipment that would be necessary to recover from catastrophic events that could impact the nation’s electric grid.

According to a company press release, federal agencies and policymakers have identifi ed enhanced transmission resiliency as a priority and critical to ensuring the viability of the nation’s electric grid. For example, in its Quadrennial Energy Report, the U.S. Department of Energy identified mitigating risks to transformers and other long-leadtime equipment as “an urgent and high priority.”

The firm was founded by affi liates of American Electric Power, Berkshire Hathaway Energy, Duke Energy, Edison Transmission, Eversource Energy, and Great Plains Energy. In June 2015, these six utilities, plus Exelon and Southern Company, signed a memorandum of understanding to pursue the development of Grid Assurance™. They sought and secured regulatory assurances from the Federal Energy Regulatory Commission (FERC) for the structure and other components of the company before launching it.

Grid Assurance™ is designed to co-exist with an existing program, the Spare Transformer Equipment Program (STEP), which was launched by the Edison Electric Institute (EEI) in 2006. In fact, in comments filed with FERC, the EEI supported Grid Assurance’s service, saying it “will not compete with or replace STEP, but rather complement as well as supplement STEP.”

Unlike Grid Assurance™, STEP is focused specifi cally on transmission substation transformers. In addition, while Grid

Michael Deggendorf, senior vice president of Kansas City Power & Light was named CEO of Grid Assurance™ and will oversee its formation and operation. “Grid Assurance™ is an industry-led, proactive response to the numerous potential risks facing our nation’s transmission system, including several weather and catastrophic events like earthquakes, or physical and cyberattacks,” said Deggendorf. “By maintaining a readily available supply of critical equipment necessary to restore power delivery if the transmission system is severely damaged, Grid Assurance™ will help protect consumers and communities from the devastating impacts that delays in restoring electricity can have on quality of life and the nation’s economy.”

The company’s headquarters has yet to be determined. However, in the coming weeks, Deggendorf will bring on key management team members. Following that, the company will begin marketing to, and accepting, subscribers. The next step will be to order critical transmission sparing equipment, based on secured subscriptions. Subscription to inventory and services will be open to all transmission owners.

The company will provide a readily-available inventory of equipment at secure, strategically-located warehouses in the U.S. and will also offer logistics support to facilitate expedited delivery of that equipment to affected sites following a “qualifying event,” which can include a physical attack, a cyberattack, an electromagnetic pulse, a solar storm, and earthquake, a severe weather event, or another catastrophic event.

“Due to the benefi ts of inventory pooling, diversifi cation, and improved logistics, Grid Assurance™ is a more cost-effective, effi cient way for transmission owners to prepare for high-impact, low-frequency events that could severely damage the transmission system, and there has been considerable interest from potential subscribers,” said Deggendorf. “It would be signifi cantly more expensive for every transmissionowning entity to independently procure and securely house the spare equipment necessary for recovery from rare, but potentially catastrophic, events.”

Another reason for the immediate popularity of the service from utilities is the fact that a subscription to Grid Assurance™ will serve as a permissible element of compliance with the resiliency requirements of NERC.

The company’s services are intended to complement existing sparing programs at individual energy companies and established industry solutions (such as STEP). Grid Assurance™ is working with industry experts and government agencies to ensure that its mission is aligned with the federal government’s efforts to secure the transmission grid. According to the American Enterprise Institute, Grid Assurance™ is “an important step in letting market forces solve our problems instead of pushing for federal action.”

For 60+ years Finley Engineering Company has provided professional engineering, SCADA, surveying, mapping, environmental and right-of-way services to the electric power and broadband industries. Our planning and design includes all phases of distribution, transmissions and substations, from initial stages to construction management and startup; engineering a 95% client satisfaction rating.