System and Equipment Dependability: Critical to Grid Reliability and Resilience 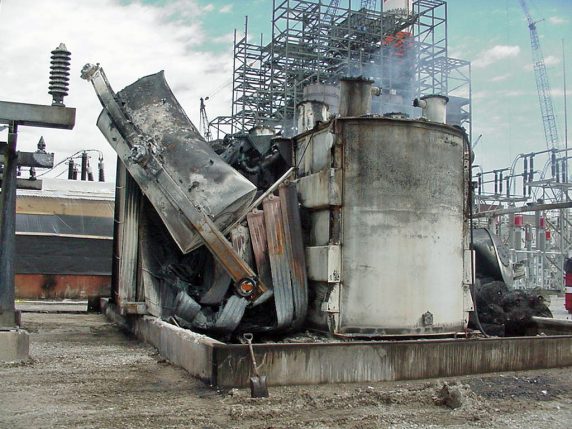 And more work needs to be done. The U.S. Department of Energy reports that the average customer experiences 198 minutes of electric power unavailability per year.

According to a recent U.S. Department of Energy report, “Transforming the Nation’s Electricity Sector: The Second Installment of the Quadrennial Energy Review – January 2017,” the reliability of the electric system underpins virtually every sector of the modern U.S. economy. “Reliability of the grid is a growing and essential component of national security,” said the report. “Standard definitions of reliability have focused on the frequency, duration, and extent of power outages. With the advent of more two-way flows of information and electricity, reliability needs are changing, and reliability definitions and metrics must evolve accordingly.”

While reliability and resilience of the transmission system are important, the focus is really on distribution. According to the DOE report, “Electricity outages disproportionately stem from disruptions on the distribution system (over 90 percent of electric power interruptions), both in terms of duration and frequency of outages.”

The Role of Equipment in Reliability and Resilience

What are the causes of outages? There are many. However, according to the American Public Power Association in its report, “Evaluation of Data Submitted in APPA’s 2015 Distribution System Reliability & Operations Survey,” EQUIPMENT FAILURE is the most common cause of sustained outages for its utility members.

The DOE report expanded on the importance of reducing equipment failures. “The electricity system is experiencing an increasing array of ‘sub-second’ events that require response times that are far too short for humans to react. One of the driving forces making smart grids necessary is the proliferation of smart devices; each one is capable of microscopic frequency disruptions, which cumulatively present an unprecedented challenge for system operators.”

The APPA report also made the link between equipment performance and reliability: “Reliability indices help engineers and other operations personnel see and show the interconnected nature of the many independent system components that make up an electric distribution system. Many physical factors impact overall distribution system reliability. Among the commonly considered factors are system voltage, feeder length, exposure to natural elements (overhead or underground conductor routing), sectionalizing capability, redundancy, conductor type/age, and number of customers on each feeder.”

The APPA report continued by noting that, since resources are limited, reliability-related system improvement decisions must involve some trade-offs. In some cases, improving system redundancy is the most important enhancement that can be identified through reliability studies. Additional redundancy can lead to resiliency, or the ability to withstand or recover from larger shocks to the system, which can improve reliability numbers during extreme events and catastrophes.

Power quality is another important aspect of reliability that is determined to a large extent by the “health” of grid equipment. “Typically described in terms of voltage flicker, sag, and swell, power quality is a significant concern for utility engineers,” said the APPA report. “Delivery of high-quality, flicker-free power is especially important to many large industrial loads. A momentary interruption can cause electric industrial equipment to trip off, leading to costly production losses.”

In sum, power interruptions, whether they be of lengthy duration or short duration, that are due to an aging or failing infrastructure equipment can be devastating to a community – its residents and its businesses.

“The clear implication is that preventive system maintenance programs can be a valuable tool to reduce outages,” said the APPA report.

When it comes to strategies that APPA members use to improve outage prevention, the most common is vegetation management/tree trimming (93 respondents reporting the use of this strategy), followed by animal/squirrel guards (86), distribution inspection and maintenance (74), thermographic circuit inspections (68), review of worst-performing circuit (54), lightning arresters (53), and others, including converting overhead to underground,

Besides having a proactive program in place to assess the status of equipment, the availability of replacement parts is also important. “It is important to ensure that key grid components are available in the event of emergencies,” said the DOE report. “The shortage of critical electrical equipment can cause significant delays for power restoration.”

In addition, according to the DOE report, the loss of multiple large power transformers (LPTs) may overwhelm a system and cause widespread power outages, increasing vulnerability and the potential for cascading failures. “Replacement of multiple failed LPTs is a challenge, due to the cost, and the complex and lengthy process involved in the procurement, design, manufacturing and transportation of this equipment,” said the report. “These processes can take months, depending on the size and specifications of the needed LPTs, even under an accelerated schedule and normal transportation conditions.”

As a way to protect themselves, the DOE report recommended that utilities: take additional steps to prevent or minimize damage to LPTs, purchase and maintain spares, identify a less critical transformer on its system that could be used as a temporary replacement, and/or set up contracts to procure LPTs through mutual assistance agreements or participation in industry sharing programs.

How can Finley Engineering help in these critical areas? Finley offers an Electrical System Assessment to:

Finley not only assesses your system, but also provides cost-effective, proactive plans for providing reliable power to your community.

In specific, Finley’s Electrical System Assessment will identify and provide:

Phil Carroll, Vice President of the Energy Group for Finley Engineering, has been involved in the electric utility industry for the past 31 years. Managing multi-million dollar projects around the country, Carroll has been responsible for the design of distribution and transmission lines, material specifications, contract administration, final acceptance, and close-outs. He is also a registered Professional Engineer in several states. For more information, you can contact Phil at p.carroll@finleyusa.com.