A Call for More Distribution Transformers 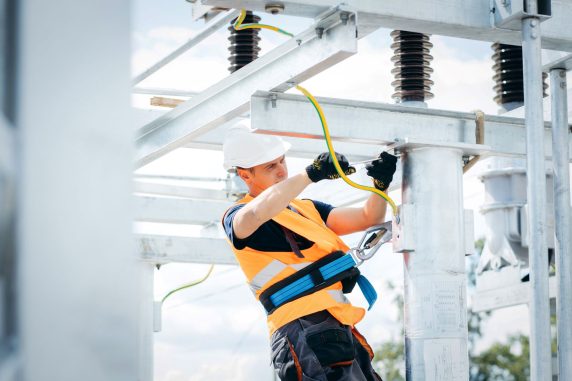 In mid-November, executives from the National Rural Electric Cooperative Association (Jim Matheson), the American Public Power Association (Joy Ditto), the Edison Electric Institute (Tom Kuhn), and three building associations (the Associated General Contractors of America, the National Association of Home Builders of the United States, and Leading Builders of America) wrote a letter to the chair and vice-chair of the Senate Committee on Appropriations, and to the chair and ranking member of the House Committee on Appropriations, expressing concern over the costs and lack of availability of utility grid equipment, primarily distribution transformers.

The letter went on to note that, throughout 2022, the electric sector and representatives from residential and commercial building sectors have been calling attention to the unprecedented supply chain challenges both industries have been facing in procuring equipment used to maintain and grow the electric grid. “Specifically, electric utilities continue to have significant problems in procuring basic equipment – particularly distribution transformers – needed to operate the grid, provide reliable electric service, and restore power following severe storms and natural disasters,” said the letter. “In housing construction, this is further exacerbating their ability to address the housing affordability crisis facing our nation.”

Due to these threats to reliability, the Electricity Subsector Coordinating Council (ESCC), a partnership between the electric sector and the federal government aimed at combatting threats to critical infrastructure, established an industry “Tiger Team” to examine the supply chain crisis. “Through this process, the electric industry has been able to report and confirm what individual utilities and the housing industry have been saying since late last year: that construction and electrification projects are now being deferred or canceled and that they are concerned about their ability to adequately respond to major storms due to depleted stockpiles,” said the letter.

The letter noted that the “Tiger Team” ultimately found that current transformer production is not meeting demand and that demand is expected to continue to increase in the coming years. “Between 2020 and 2022, average lead times to procure distribution transformers across all segments of the electric industry and voltage classes rose 443 percent,” said the letter. “The same orders that previously took two to four months to fill are now taking on average over a year. This is a serious threat to reliability.”

Among the “Tiger Team’s” initial considerations for the federal government to address are labor shortages and material availability, which were identified as the most immediate short-term barrier to more manufacturing output. Additional long-term recommendations include building manufacturing capacity to support long-term demand and investing in domestic production of grain oriented electrical steel (GOES), a key transformer component.

The letter added that usage of DPA authorities to address labor and material shortages, focused specifically on the production of distribution transformers, is the most immediate way this growing crisis can be addressed. “The upcoming work period is a critical opportunity to appropriate funds needed to help address these problems before the end of this year,” said the letter.

In early December, in response to this letter and related concerns, U.S. Congressman Sean Casten (IL-06) led eight of his colleagues in a letter urging the Chairs and Ranking Members of the House and Senate Appropriation Committees to include $2.1 billion in Disaster Supplemental Funding to address the severe and ongoing supply shortage of electrical transformers and complementary grid security technologies through the Defense Production Act (DPA).

“From our ability to protect against cyber-attacks, intentional electromagnetic pulse (EMP) attacks or a naturally occurring geomagnetic disturbance, to our capacity to respond to foreign supply-chain disruptions, the current shortage puts America’s national security at risk, weakens the resilience of our electrical grid, and jeopardizes our decarbonization goals,” Rep. Casten and his colleagues wrote.