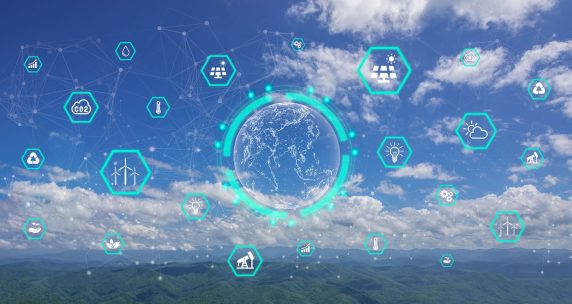 According to a new report from Deloitte, titled “2023 Power and Utilities Industry Outlook,” 2022 “was a year of perils and promise for the electric power sector.” U.S. electricity sales continued to rise as the pandemic recovery progressed, increasing 3.6 percent in the first eight months compared to the prior year.

As a result, according to the report, U.S. retail electricity prices reached record highs in 2022, averaging 12.3 cents per kilowatt hour (cts/kWh) across all segments (commercial, industrial,
and residential) in the first eight months, up 11 percent year-over-year. In addition, according to Deloitte, prices are expected to remain elevated into 2023.

Despite these challenges, Deloitte was able to identify some promising developments in 2022 that it believes will carry forward into 2023.

1 – U.S. renewable generation and capacity rose, accounting for over 23 percent of electricity generated from January through August 2022, up from about 21 percent in the same period of 2021. Solar and wind power accounted for 69 percent of new utility-scale capacity additions from January to August 2022.

3 – Funds began to flow from the $1.2 trillion Infrastructure Investment and Jobs Act (IIJA), also known as the Bipartisan Infrastructure Law, to support grid modernization and clean energy research and deployment.

5 – U.S. electric vehicle sales may have approached a “tipping point,” rising to 6.3 percent of light-duty vehicle sales in the first half of 2022.

The report looked further into the possibilities that 2023 holds. “In 2023, these promising developments will likely evolve further,” said the report.

For example, according to the report, the 47 largest U.S. electric and gas utilities plan to spend a record-breaking $169.4 billion in 2023 to enhance reliability, security, and renewable integration. However, it added, as customers struggle with bill increases, affordability could become elusive.

“Despite these challenges, new technologies and supportive policies could ripen opportunities in
2023 and help the industry achieve its goals,” said the report.