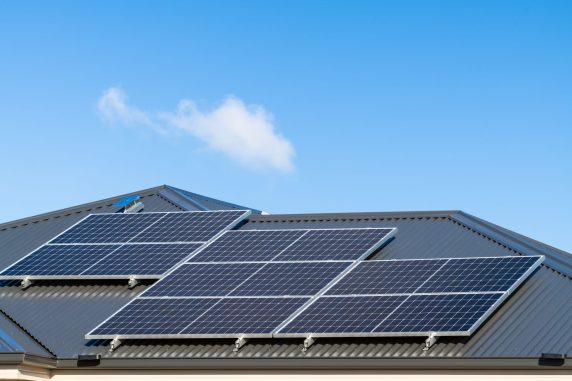 With the passage of the Inflation Reduction Act (IRA), a lot of growth is expected in certain types of renewables, particularly solar. Not only are certain utilities eligible for investment tax credit extensions, government loans, and government grants for their utility-scale solar projects, but homeowners now have extended access to the30 percent Solar Investment Tax Credit for another ten years.

For utilities, the former financial features (those for the utilities themselves) can be very appealing. However, the latter (the tax credit extension for residential solar) is not something that most utilities are going to heartily embrace, given that, the more solar power that residential homes generate on their own, the less power they will need to purchase from their local utilities.

A new report from the U.S. Energy Information Administration (EIA), however, may allow utilities in certain regions of the country to breathe a sigh of relief when it comes to concerns about significant growth of residential solar projects in their service territories, given the fact that the popularity of residential solar is very much region-based.

In 2020, according to the EIA’s “Residential Energy Consumption Survey,” nationwide, 3.7 percent of U.S. single-family homes (including mobile homes) generated electricity from small-scale solar systems – defined as solar panels installed on a home or building.

“The presence of small-scale solar generation varied by a number of characteristics,” said the report. “Some of the largest differences were based on region.” According to the report:

1 – The West Census Region (primarily California) had the highest percentage of homes with small-scale solar generation, with 8.9 percent of single-family homes having solar.

2 – The Northeast Census Region had the second-highest percentage of homes with small-scale solar generation, at 4.7 percent.

“These two regions generally have had policies and incentives that have fostered growth of small-scale solar,” said the report.

3 – In third place was the South Census Region, with a mere 1.7 percent of homes having small-scale solar generation.

4 – And, in last place, the Midwest Census Region had only 1.4 percent of homes with small-scale solar generation.

And, again, the popularity of solar for commercial buildings is based on region:

1 – Once again in first place is the West Census Region, where 3.8 percent of commercial buildings have solar units.

2 – In second place is the Northeast Census Region, with 2.5 percent.

3 – In third place is the Midwest Census Region, with a mere 0.8 percent.

4 – And in fourth place is the South Census Region, with just 0.6 percent of commercial buildings having solar.