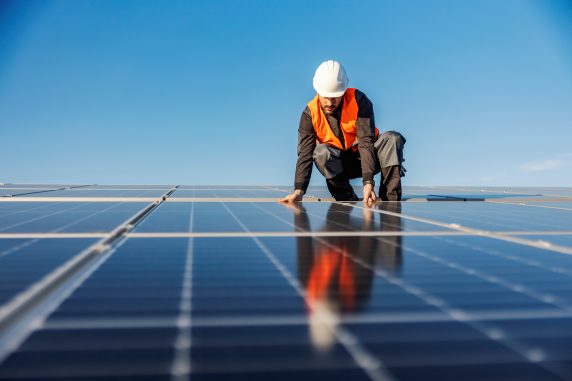 In June, the White House announced plans for a 24-month exemption of tariffs for solar panel imports from Cambodia, Malaysia, Thailand and Vietnam.

The solar industry expects the two-year break from tariffs will run parallel to the continuing solar panel anti-circumvention investigation from the Department of Commerce on those four Southeast Asian countries, and the reprieve is intended to protect existing solar jobs that were at risk due to supply chain constraints reported earlier this year.

In specific, the White House announced that it is taking action in four areas:

2 – Put the full power of federal procurement to work spurring additional domestic solar manufacturing capacity by directing the development of master supply agreements, including “super preference” status. In this regard, the White House directed the development of two new tools to accelerate Made-in-America clean energy:

– Master Supply Agreements for domestically manufactured solar systems to increase the speed and efficiency with which domestic clean electricity providers can sell their products to the U.S. government.

3 – Create a 24-month bridge as domestic manufacturing rapidly scales up to ensure the reliable supply of components that U.S. solar deployers need to construct clean energy projects and an electric grid for the 21st century, while reinforcing the integrity of U.S. trade laws and processes. In specific, the White House is:

– Temporarily facilitating U.S. solar deployers’ ability to source solar modules and cells from Cambodia, Malaysia, Thailand, and Vietnam by providing that those components can be imported free of certain duties for 24 months in order to ensure the U.S. has access to a sufficient supply of solar modules to meet electricity generation needs while domestic manufacturing scales up.

– Reinforcing its commitment to safeguarding the integrity and independence of all ongoing trade investigations by career officials at the Department of Commerce and recognizing the vital role these processes play in strengthening our economy.

4 – Finally, the White House is taking a number of additional steps to cut costs, support jobs, and advance environmental issues. Among these are: